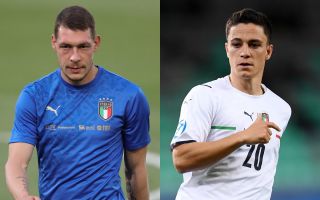 Milan are evaluating their options on the transfer market ahead of what will be a very important season. One of the priorities is the centre-forward position, with Olivier Giroud expected to arrive on a free from Chelsea.

However, in addition to the Frenchman, an additional signing for the attacking might be a must for the Rossoneri as Zlatan Ibrahimovic is still recovering from his injury. As highlighted by Corriere Dello Sport (via MilanNews), a surgery could change everything.

It would rule out the Swede for quite some time and then Giroud wouldn’t be enough, which is why Milan have set their sights on Andrea Belotti and Giacomo Raspadori for the attack. Two very interesting profiles that could do a job at the club.

Belotti, as we know, is a Milan fan and also a proven goalscorer in Serie A. Raspadori, on the other hand, had his breakthrough this past season and has impressed a lot. He’s even part of Italy’s squad for the Euros, which says a lot.

READ MORE – Calhanoglu criticised by papers after performance vs. Italy: “Has anyone seen him?”