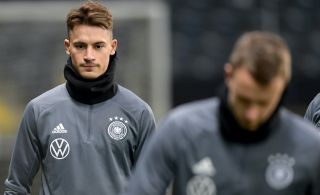 AC Milan face competition from two Serie A rivals in their pursuit of SC Freiburg defender Robin Koch, according to a report.

The Rossoneri are in the market for a young centre-back who can learn and grow alongside the established pairing of Alessio Romagnoli and Simon Kjaer, at least according to most media outlets.

BILD recently reported that Milan are interested in signing Koch, who has a market value of around €17million, but that Spurs are also interested in the German international.

It did seem like Koch was a target mainly based around the fact that Ralf Rangnick looked set to arrive as manager, but rumours did go quiet once that all fell through.

According to il Corriere dello Sport (via MilanNews) on Wednesday however, Koch is still among the profiles monitored by the management.

The German international has many admirers including Napoli, and the paper claims that in addition to the Rossoneri and the Neapolitans, the interest of Lazio has also emerged.