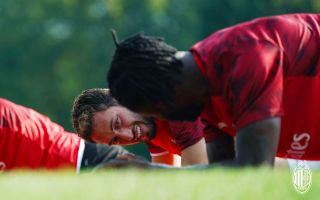 AC Milan have resumed talks with Hakan Calhanoglu over a renewal but an ultimatum has been sent to the midfielder, a report claims.

Today’s edition of il Corriere dello Sport (via MilanLive) writes that contacts between Milan and the entourage of the Turkish attacking midfielder resumed yesterday unexpectedly, and the Rossoneri reiterated their offer of a long-term contract at €4m net per season plus bonuses.

However, the patience of Paolo Maldini and Ricky Massara has worn thin and they need to complete the squad in view of next season, so they can no longer afford to stall. For this, an ultimatum was given to Calhanoglu: he has a week to renew or he will leave.

Milan are ready to pounce on Rodrigo de Paul if he refuses and the Argentine is the top profile in the list of candidates to replace him, but the €35-40m asking price plus competition from Atletico Madrid are two obstacles.

Milan are monitoring the situations of Filip Djuricic of Sassuolo and Josip Ilicic of Atalanta as alternatives, with Maldini and Massara only willing to buy the latter in the event he can leave for €5-7m.

READ MORE: Milan reignite interest in Real Madrid striker who could be available for €25m