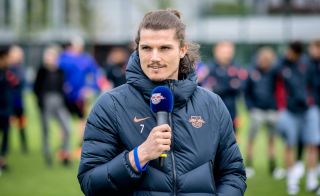 AC Milan have targeted Marcel Sabitzer of RB Leipzig as a reinforcement for the attacking department and his valuation is not too high, a report claims.

The Austrian is a profile capable of playing both as an attacking midfielder and even as a winger if needed, and last season he amassed 9 goals and 7 assists in 39 appearances, showing he can contribute to the attack consistently. Interestingly, Ralf Rangnick had indicated him as a target to Milan when in 2020 he seemed destined to take over from Stefano Pioli on the bench, but of course in the end he didn’t arrive.

According to the latest from il Corriere dello Sport (via MilanNews), Sabitzer from Leipzig is also on the Milan’s list of targets to replace Hakan Calhanoglu. The paper writes how the Austrian captain only has a year left on his contract with the German team and will not renew, so his valuation may not go above €20m.