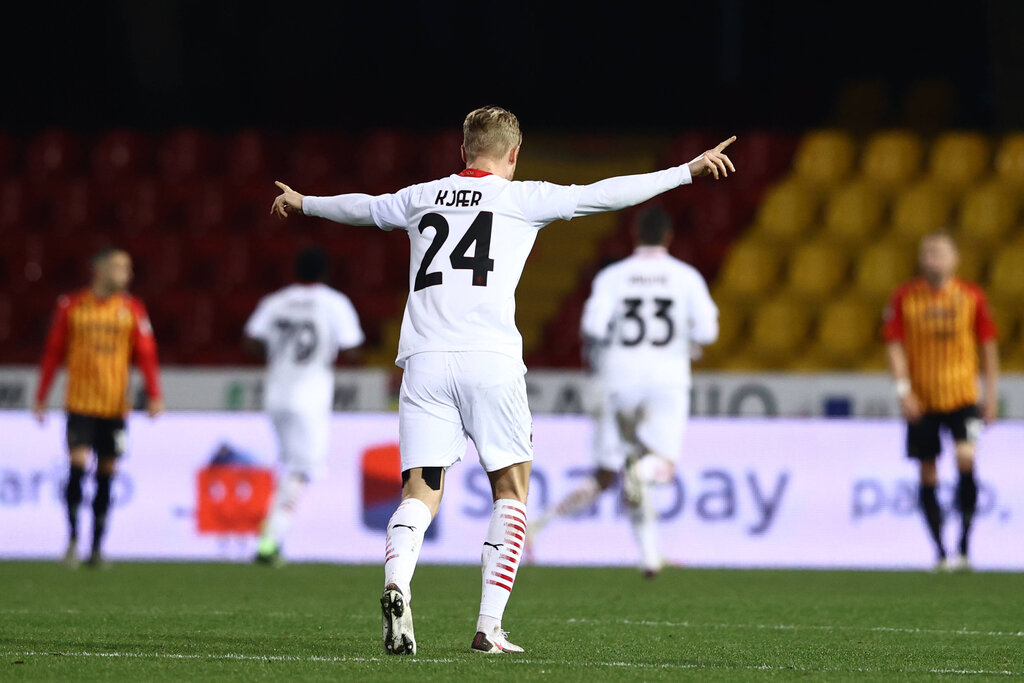 CorSport: Milan will have star defender available vs. Atalanta with Kalulu also ready

AC Milan are expected to have Simon Kjaer available for this weekend’s game against Atalanta at San Siro, according to a report.

Kjaer was replaced at half-time in Cagliari on Monday, but the Danish defender was in fact taken off as a precaution as per Stefano Pioli’s comments after the game.

According to what is being reported by il Corriere dello Sport (via MilanNews), coach Pioli will have a number of absences to deal with when La Dea visit, however should be able to count on the Dane.

The paper claims that Kjaer will grit his teeth in order to be on the pitch for the crucial match at San Siro, and yesterday he did some athletic work at Milanello.

Kjaer was substituted in the interval as he felt back pains that didn’t allow him to play to the maximum, so Pioli changed him. The problem is not solved, but the player wants to be there against Atalanta. At his side will be Pierre Kalulu, who will take the place of the suspended Romagnoli.