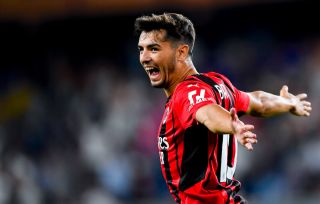 AC Milan fully intend to sign Brahim Diaz on a permanent basis as things stand having been impressed with his levels of performance.

The playmaker joined on an initial season-long loan from Real Madrid in the summer of 2020 and although he initially struggled to adapt, some of his contributions towards the end of the season were enough to convince the management to bring him back.

As il Corriere dello Sport (via MilanNews) writes, the Spaniard was signed back from Real Madrid over the summer on a two-year loan. At the moment, the intention of the Rossoneri directors Paolo Maldini and Ricky Massara is to sign him on a permanent basis.

Florentino Perez’s club will have the last word because they have a buy-back included as part of the deal. The parties will talk about it later given they have until summer 2023 to make a call, but at Milanello there is great enthusiasm for how Brahim is growing.

READ MORE: Milan better prepared athletically than any Serie A team – what goes on at Milanello