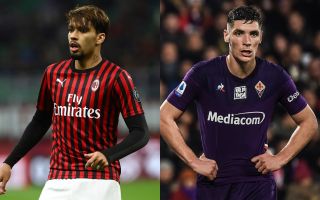 CorSport: Milan’s plan to secure Fiorentina star is clear – want to include outcast

Although Simon Kjaer has performed very well alongside Alessio Romagnoli, AC Milan want to bring in a high-level centre-back in September to avoid depth issues. This past season, they did struggle a bit at times.

According to today’s edition of Corriere Dello Sport (via MilanNews.it), Milan are very interested in Nikola Milenkovic. However, the Fiorentina star has a very high price tag that president Rocco Commisso seemingly won’t go below.

The Rossoneri want to include Lucas Paqueta in the deal, as he has been on the radar of Fiorentina in the past. Furthermore, the Brazilian has failed to impress and Paolo Maldini wants to avoid making a big loss on the €38m investment made in January 2019.

The 22-year-old Serbian would certainly reinforcement the defence and would slot right in alongside captain Romagnoli. Therefore, Milan are in frequent contacts with his agent Fali Ramadani, also discussing the future of Ante Rebic.