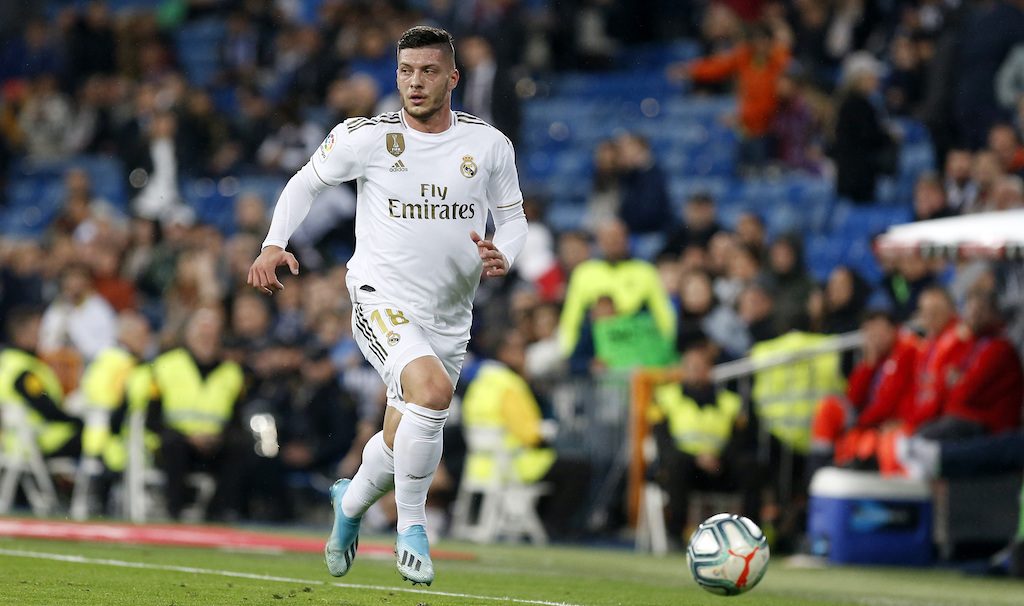 AC Milan face competition from rivals Inter for the signing of Real Madrid striker Luka Jovic this summer, according to a report.

The Rossoneri have been strongly linked with a move for the Serbia international over the past few weeks as they look for a long-term option to fix their centre-forward problem.

It has even been claimed by multiple reports that there have been contacts between Milan and Jovic’s agent Fali Ramadani, with the player open to discussing a move away just a year after his €60m arrival at the Bernabeu from Eintracht Frankfurt.

According to Thursday’s edition of il Corriere dello Sport (via MilanLive), the Rossoneri have been joined in their pursuit by city rivals Inter.

Antonio Conte is looking for a new striker striker as Alexis Sanchez could return to Manchester United and Lautaro Martinez is wanted by Barcelona.

According to the Roman newspaper, Jovic is an idea that the Nerazzurri coach likes, with directors Giuseppe Marotta and Piero Ausilio thinking of an Alvaro Morata style operation – essentially the purchase of the player but granting the Blancos a buy-back.

For now it is only a hypothesis, but Jovic will soon meet Real Madrid to understand what future awaits him.