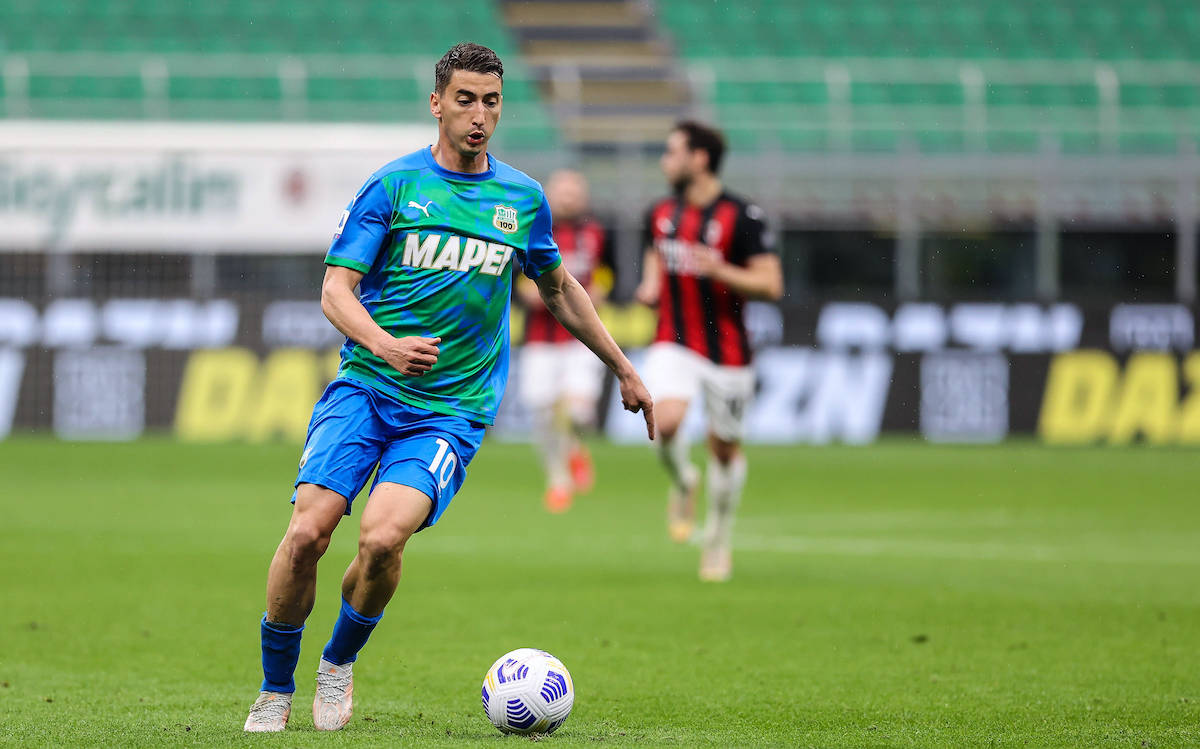 A new name has emerged as a potential replacement for Hakan Calhanoglu, whose contract is set to expire in just over a month.

This morning’s edition of il Corriere dello Sport (via MilanLive) confirms that Milan are looking around for a suitable profile, should Calhanoglu not sign a new contract, and mentions that while Josip Ilicic of Atalanta is considered an option a new name has come forward.

The player in question is Sassuolo playmaker Filip Djuricic, who has a contract expiring with the Neroverdi in 2022 and after the farewell of head coach Roberto De Zerbi, he could decide to leave. He has not exactly had the best season despite starting with three goals in the first five games, scoring just twice after that, but he knows how to sacrifice with work rate and is certainly a system player.

We actually picked Djuricic out in the recent feature regarding potential Calhanoglu replacements. The 29-year-old has proven to be a crucial component to Sassuolo’s outstanding build-up play through his accurate passing and his constant movement across the pitch.

READ MORE: Milan refuse to give in to ‘blackmail’ – Raiola always wanted Donnarumma to leave for free