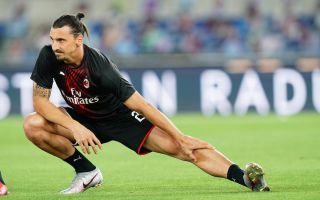 According to this morning’s edition of il Corriere dello Sport (via MN24), it will be a battle of gladiators that will pit Stefano Pioli up against Maurizio Sarri and also Zlatan Ibrahimovic against Ciro Immobile.

The Swede is recovering well and while he is not yet at 100%, he could make his debut in this new 2021-22 season from the first minute given that he has now recovered from the effects of the knee operation he had in June.

Ibrahimovic remains in a battle with Ante Rebic, who is in turn also vying for a spot on the right wing, with Rafael Leao the favourite to start there. The defence in front of Maignan should remain the same, while Kessie should come into the midfield alongside Tonali.