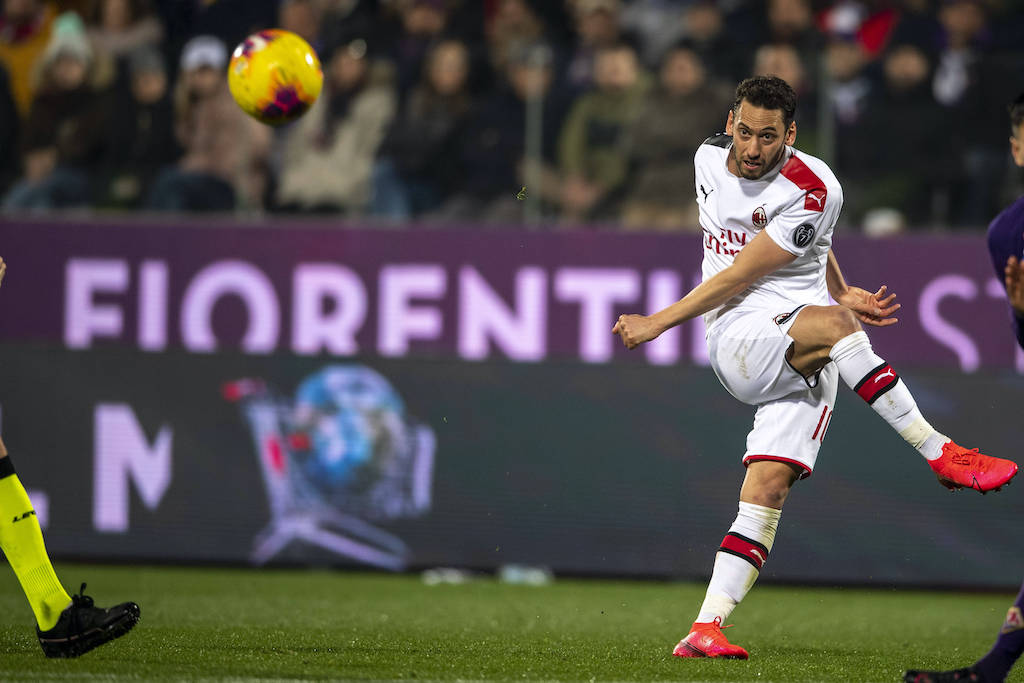 CorSport: Rangnick the key as Milan man is ready to renewal deal and take pay cut

AC Milan midfielder Hakan Calhanoglu will ‘certainly’ renew his contract at the club, according to a report, with Ralf Rangnick a bid admirer.

With his current deal due to expire in 2021, the Turkey international could theoretically be a ‘danger’ for Milan like the Gianluigi Donnarumma crossroads.

However, the paper edition of il Corriere dello Sport on Wednesday (as cited by MilanLive) reports that the former Bayer Leverkusen star will renew his contract, and he will do so because all the parties involved move in this direction.

The player has changed agents to facilitate the renewal, the club believes in his potential and above all Ralf Rangnick holds the 26-year-old in great esteem.

The extension, however, could result in a slight pay cut for Calhanoglu, who currently earns €2.5m-a-year. That amount could be lowered by increasing the contract duration in exchange.

The player is excited to work with Rangnick and as such would accept the aforementioned solution. He is however destined change position again after having player trequartista this season: his position will likely be as an advanced midfielder in Rangnick’s 4-4-2 system.

Our correspondent Vito Angele has answered a number of questions from fans regarding the future of Milan and the upcoming mercato.