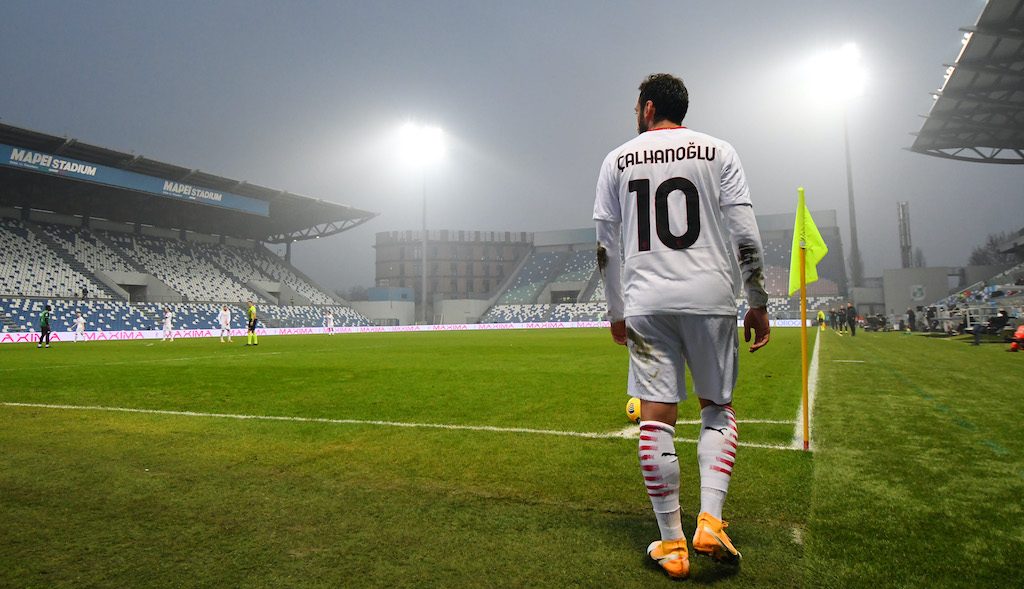 CorSport: Talks to resume over midfielder pundit believes is Milan’s ‘most important player’

AC Milan will sound get to work on the renewal of Hakan Calhanoglu, a report claims, who one journalist has described as the team’s ‘most important player’.

Speaking to Sky Italia (via MilanNews), Manuele Baiocchini discussed the current situation regarding Milan’s battle against a seemingly constant crisis. He remarked how Milan ‘have been living in an emergency situation for a long time’ with ‘3 to 7 players were missing, like in the match against Juventus’.

He adds: “Milan have recovered several players, including Rebic, Mandzukic and Bennacer, but above all they have got Calhanoglu back who, as the numbers say, is the most important player in the Rossoneri squad.”

According to the latest from il Corriere dello Sport meanwhile (via MilanNews), Milan will think about the renewals of Gianluigi Donnarumma and Hakan Calhanoglu now the transfer window has closed.

As for the latter, the Milan leadership will soon have new contacts with his agent Gordon Stipic to try and reach the long-awaited agreement. The two parties are closer, but there is not yet white smoke.