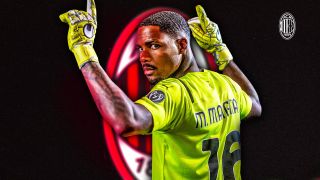 CorSport: Why replacing Donnarumma with Maignan was the right move by Milan

Milan decided not to renew the contract of Gigio Donnarumma at the beginning of this summer, unwilling to meet the goalkeeper’s demands. The No.99 has now joined Paris Saint-German, but the Rossoneri made the right choice.

As explained by today’s edition of Corriere Dello Sport (via MilanNews), once it became clear that a renewal was impossible, Milan did everything right. If they had met Donnarumma’s demands, then it would have been very expensive.

Instead, they were able to move in time and secure the services of Mike Maignan, who was one of the best goalkeepers in the top five leagues last season. Not only did they put an end to the situation early, but they also got off better financially.

Maignan’s salary is nowhere near the demands of Donnarumma and what he will earn at PSG. Furthermore, the Rossoneri paid just €13m plus €2m in bonuses to Lille, as the goalkeeper’s contract was due to expire in 2022.