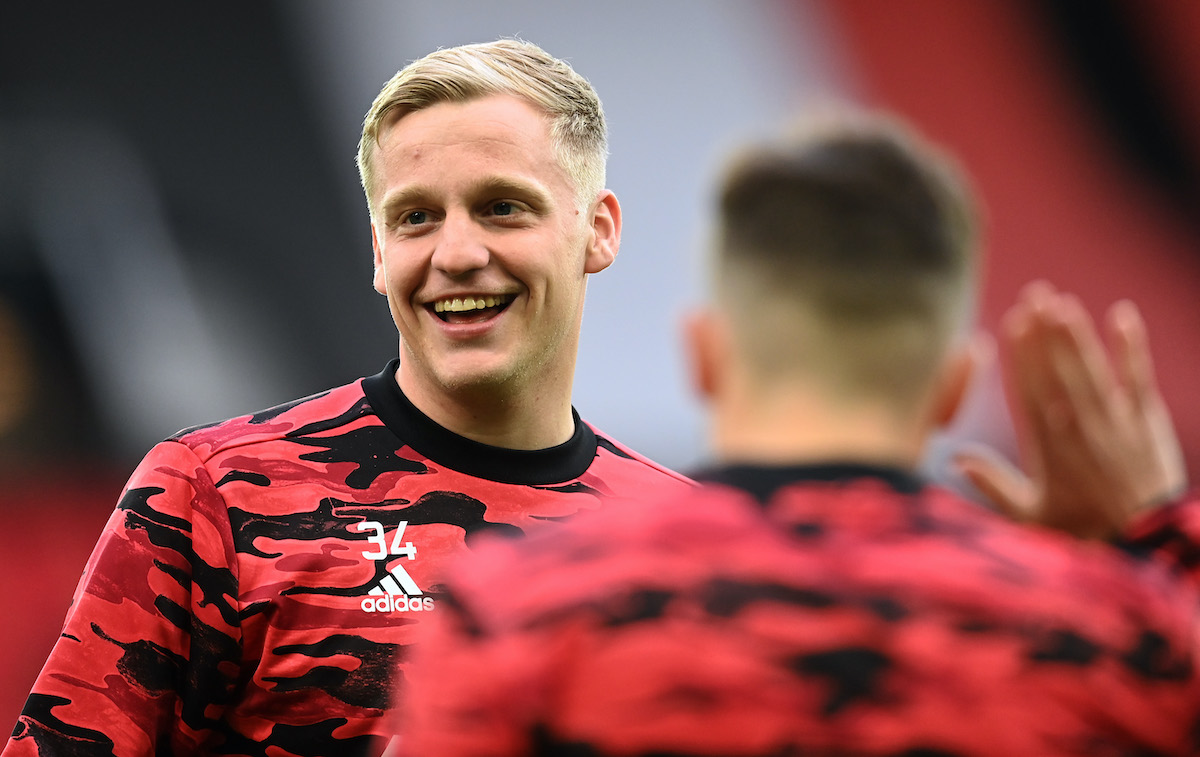 Donny van de Beek has made it known that he wants to get away from Manchester United after a difficult spell since his move there from Ajax.

With the Dutchman so young still and full of potential, he is being eyed by several top European teams, including AC Milan. Will he make the switch to the Rossoneri? We take a look at his saga…

Van de Beek has been with Manchester United since August 2020, having started his senior career with Ajax in the Netherlands. A club like Manchester United should have really given him the chance to blossom as a player, but this has been far from the case.

Repeatedly, Van de Beek has found himself on the bench rather than playing on the field. Ole Gunnar Solskjær, the current manager of Manchester United, allegedly promised him more playtime if he was to stay with the team. This, however, has not manifested. The Dutchman is still struggling to find game time at Old Trafford.

This ultimately resulted in him playing just 45 minutes in the Champions League and a dismal 6 in the Premier League. With these kinds of numbers behind him, it is little wonder that he is looking for a transfer elsewhere.

Could Milan be the right fit?

Milan regularly proves themselves as one of the best teams in Italian football. They currently hold the Italian record for Champions League titles, and they rank fourth in the list of clubs with the most FIFA and UEFA trophies. Anyone can take a look at the odds at a site like Unibet and see that Milan could be a great option for any player searching for a new team.

The rivalries that the Rossoneri hold also mean that any time they step onto the pitch can produce some incredible results. The Derby della Madonnina, with city rivals Inter, is one of the most followed in Italian football. The chance to play in these matches could be a great opportunity for Van de Beek.

While Milan are keen to see Van de Beek come to Lombardy, it is important to recognise that they are not the only ones who are interested in the young player. Everton and Juventus have also kept their eyes on him and might make a move.

Everton have already tried to secure him once but was unable to meet the transfer deadline day over the summer. They currently lack a quality player in their midfield, and Van de Beek could fill the hole left by James Rodriguez’s departure. Juve have also let some of their more expensive players go recently, which means that they might be looking for promising talent that will be able to deliver in the midfield.

Van de Beek might fit in well with either team, so it is important that Milan makes a good play for him soon. He could prove to be a real asset to the team and would help to reinforce the midfield significantly. Before too long, we should hopefully see a concrete offer from Milan to this young and promising player.