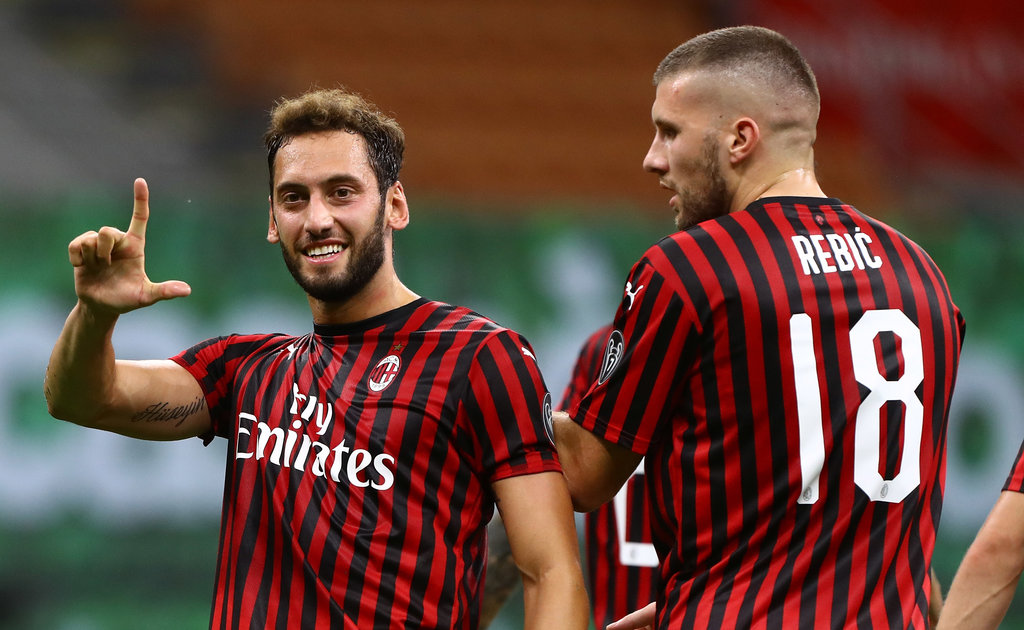 AC Milan have been in red-hot form as of late and are yet to lose a game since the league restart. In addition to beating the likes of Juventus, Lazio and Roma, they managed to clinch one point against Atalanta last night.

In the second half, they even had chances to snatch all three points but ultimately, a draw was a fair result. Hakan Calhanoglu gave them the lead with a stunning free-kick in the 14th minute, adding yet another goal to the Rossoneri’s impressive tally.

Stefano Pioli’s men have scored 28 goals in their 10 Serie A games after the lockdown, the same number of goals they scored in the previous 26 games. This just goes to show how much Milan have improved up front, finally finding continuity.

#ACMilan have scored 28 goals in their 10 Serie A games after the lockdown, the same number of goals they scored in the previous 26 games.

They are now just one point behind Roma in fifth place, but the Giallorossi have a game in hand (vs. Fiorentina). Milan, meanwhile, will face Sampdoria on Wednesday evening and will need to win their last two games.

READ MORE: Ibrahimovic travels to Monaco for decisive meeting – Milan or not?