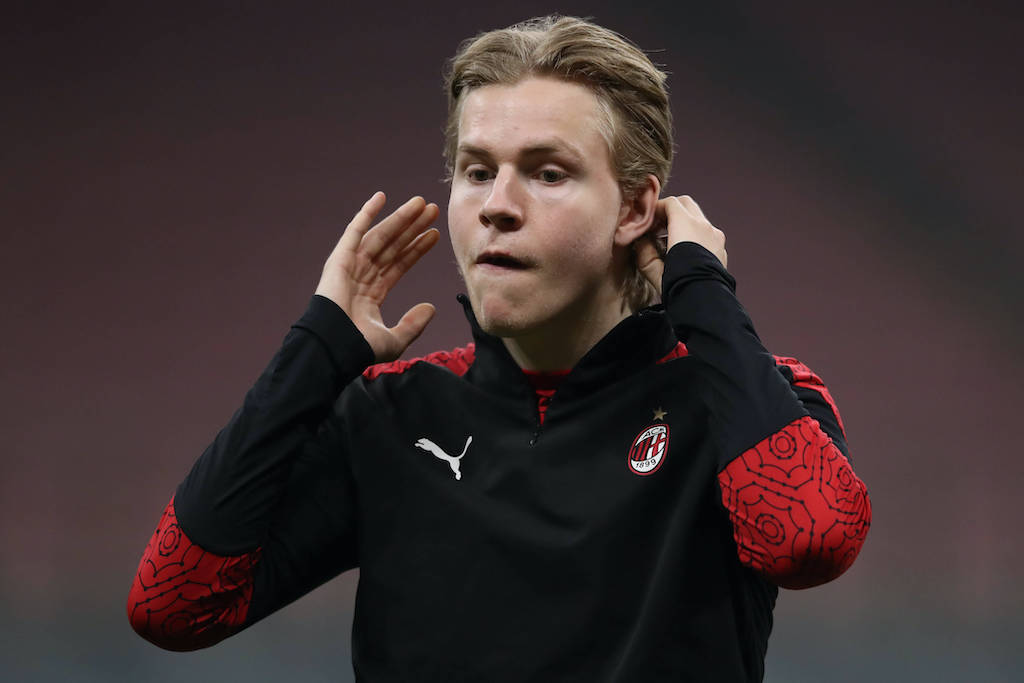 It seems as though every AC Milan fan has come down with a case of Hauge-fever, as the Norwegian winger continues to dazzle with his performances.

It is worth remembering that Milan paid just €4m to sign him from Bodo/Glimt having impressed for them against the Rossoneri at San Siro, and he already has three goals for the club including two against Celtic and a wonderful finish to seal the game against Napoli.

Below, our writer Rohit Rajeev has focused on the Celtic game – one he started – to highlight the positives of his game so far and the areas to improve…

Another example of this can be seen in his assist for Diaz. Hauge dribbles past 2 defenders and sees Diaz asking for the ball to be passed into space. His team chemistry with his teammates is brilliant and it is converted by Diaz pic.twitter.com/6kqLw3VtcN

TAKE ON'S and PACE WITH THE BALL

Hauge is not afraid to take on his man due to his superior dribbling skills. A forward needs not just pace to sprint but pace with the ball and Hauge is really quick as seen in his goal vs Celtic pic.twitter.com/82fdIhqeEY

A winger in modern day football has to shuttle a lot between attack and defence and here we can see Hauge doing his defensive duties and picking Celtic players' pocket pic.twitter.com/9bFWizsTbM

His first touch is inconsistent mainly maybe due to a lack of concentration. For the assist he gave he had a wonderful first touch but here he has given the ball away cheaply. pic.twitter.com/tF6tdcB5iT

🤝 That through ball for the second goal…