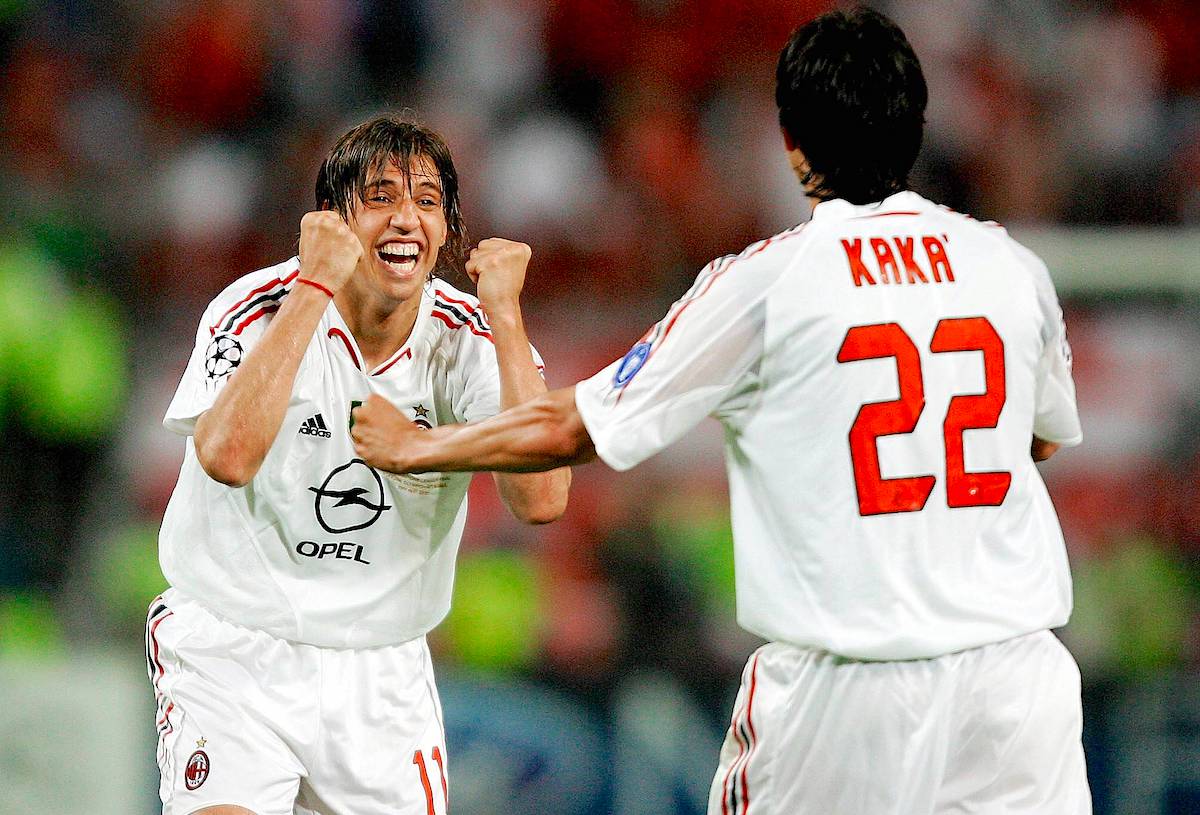 Former AC Milan striker Hernan Crespo has lifted the lid on his time with the Rossoneri, including how he wanted to stay but the club chose not to keep him.

Crespo is one of the most decorated forwards in football, having scored over 300 career goals in a playing career that spanned almost two decades.

He joined Milan on loan in the 2004–05 season having became surplus to the requirements of Jose Mourinho at Chelsea. He scored a total of ten league goals, and scored twice in the 2005 UEFA Champions League Final in an eventual defeat to Liverpool.

Crespo spoke on ‘AC Milan talk’ on the official Twitch channel that Milan have just launched, and he began by discussing the honour of playing for a team like the Rossoneri.

“The dream of any player is to play for a great team like Milan. When you wear such a heavy shirt you have to be up to it and you have to be ready. It went very well for me,” he said (via MilanLive).

Crespo was asked what he has learned from his previous coaches, and mentioned Carlo Ancelotti – a man he worked under more than once.

“It is impossible not to talk about Carlo Ancelotti. I was lucky enough to have Ancelotti first as Parma coach, where he taught me too important things. Then, already mature, he took me back to Milan, and I tried to repay what he had done for me.”

On not being kept by Milan: “This is football. The management made Milan great for 26 years, then they had the foresight to say they were wrong. I was very sorry, I dreamed of the Milan shirt when I saw Van Basten. Not having a rematch after Istanbul was tough. But now with my career as a coach never say never, maybe I can take away some satisfaction.”

As a player who played well into his mid 30s, Crespo shed some light on what Zlatan Ibrahimovic’s secret to playing at the age of 39 is.

“The best job is certainly being a footballer, now I have a thousand thoughts on my mind. When I arrived at Milan in July I had to show up for medical examinations, I was coming from Chelsea. I showed up two days before the meeting, but I found Milanello already full.

“They had been there for a week because they did the pre-retreat. When many trophies are won, it is because the culture of work is behind it. A sense of responsibility, of identity that stimulated you to set a very high bar. There was competition in everything. It is no coincidence that that team made history.”

On the games in Istanbul and Athens: “It was a difficult evening to digest and it will always be like this. Two years later I was not there, but I remember that watching television seemed like a nightmare to me what had happened two years earlier. I was pleased that those guys were able to win.

“Immediately after the match I received messages from many guys and professionals who told me ‘This cup is yours too’. Think how deep was the feeling that bound us. Although I was at Inter I was still involved in my history at Milan. There were no shirts there, but men fighting. Episodes that I will never be able to forget, a gift not to me as a player but to me as a man.”

On tomorrow night’s match against Manchester United: “I really liked Milan against Verona, playing and winning in the way they won with all the absent was not at all easy. Pioli kept the group united, he was able to keep the level high. It is not easy.

“Going to Old Trafford is complicated, but if the group is ripe to support such an opponent there may be a noticeable leap in quality. Without Theo, who is the best left-back in the world, without Calhanoglu, without Rebic, it won’t be easy. But Milan is at home in Europe.”

What target can today’s Milan aspire to? “Pioli and Maldini will surely know. You have to understand if the players have fire in their eyes and if they are able to live with the pressures of playing for big targets. I want the best for all of them, I would like to go back to seeing Milan at the top, to fight in Europe.

“I didn’t like seeing Milan sixth or seventh, they’re too big to finish sixth or seventh, everyone must know that. Then after you can finish second or third, but not sixth or seventh. I believe that Paolo has already done and had his say, the fact that he is in the club is very reassuring.”