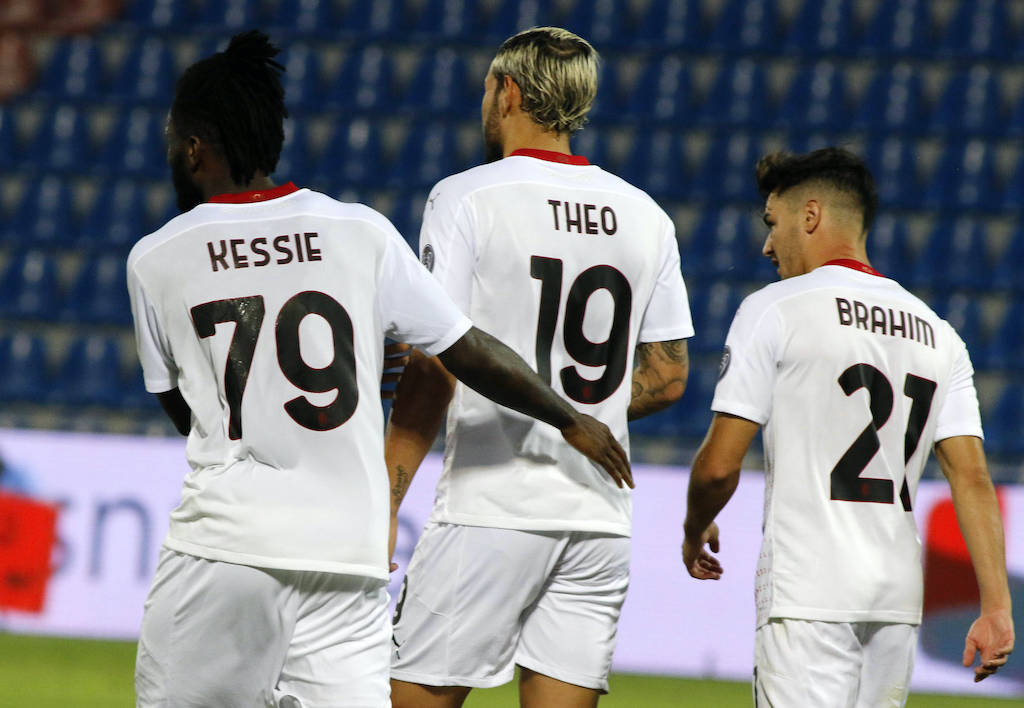 It wasn’t exactly high-octane like Thursday’s win over Bodo/Glimt Milan managed to secure the three points away from home against Crotone.

Pioli had to plan ahead of the game without the availability of Zlatan Ibrahimovic as the Swede tested positive for Covid a few days ago. While Lorenzo Colombo was expected to replace him up front it was actually Rebic who played as a sole striker as Brahim Diaz was given his first start on the wing. Ismael Bennacer was rested as well with Sandro Tonali receiving his debut from the start alongside Diaz.

Rafael Leao on the other hand was back in the squad and he had a few minutes to get some game time in his legs and build up his fitness.

The game was at a slow pace for the majority of the 90 minutes, but the Rossoneri managed to score two goals through a lovely penalty by Kessie and Brahim Diaz, who netted his first official goal for Milan.

Good defensive work at the back barely allowed anyone to trouble Donnarumma as it was another clean sheet for the Italian. Here are five things we learned from the win…

The Italian had a rough game against Bodo/Glimt but reacted well against Crotone. His partnership with Kjaer looked really solid on Sunday as the two limited the chances Crotone create to almost a zero.

While it wasn’t only Gabbia to praise for the defensive performance as the whole back line were in sync, the young Italian deserves some positives as it seems he has the right mentality to work and fix his previous mistakes.

While Bennacer was rested in favour of Tonali, Kessie had a heck of a night against Crotone. The Ivorian showed great composure and strength, not allowing his opponents to get the ball off him.

Kessie has truly been flourishing under Pioli and in a deeper position where he has been able to showcase his strengths. To a certain degree the 23-year-old has been slowly improving his attacking contribution and carrying the ball forward which was what Bennacer was mainly doing towards the ends of last season.

As he continues to put in performances with almost no mistakes, the former Atalanta man is growing into a complete midfielder.

Both Tonali and Diaz were given their first start in red and black and both of them showed a lot of potential and promise. While they still don’t seem to be at 100% in terms of match fitness, they have grown better and better with each performance.

Tonali had a few sloppy mistakes but overall showed lovely passing abilities and great vision. Diaz was the one to get under the spotlight this time around as the Spaniard scored his first goal for the club and had an overall positive impact on a pitch which didn’t suit his style.

The game itself offered little in terms of standalone performances, but Milan played as a unit and with seemingly little to no effort they managed to score two and concede none while resting a few players.

The was somewhat of a missing part for the team in recent years as all games looked like some sort of a final. With the quality and depth in the squad now Pioli is able to rotate the squad in games like this and preserve his team’s energy for more important clashes midweek.

5. Leao can be a game changer

Rafael Leao was late to the action this season as he was self isolating having tested positive for Covid. While he only had a couple of minutes to his game, he immediately brought something different to the pitch.

His pace and qualities to take on players are simply amazing and he should have even scored a goal after a lovely solo effort but he was denied by a block.

The problem with Leao is that the youngster seemed to lack discipline last season and wasn’t willing to work enough. A year later now, hopefully more mature and under the guidance of Zlatan, surrounded by a talented group, it may be the right time for the former Lille striker to flourish and show the football world what he is made off.