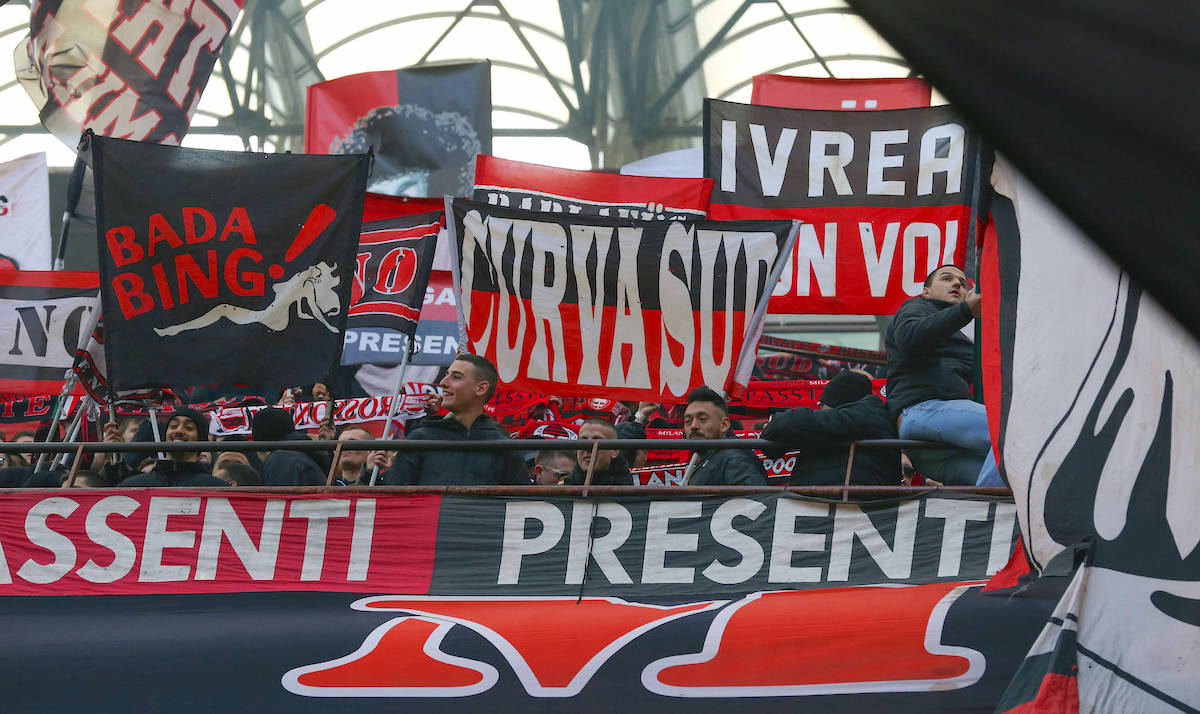 MN: Around 100 Curva Sud members present since the morning to prepare derby display

AC Milan’s ultras the Curva Sud have been hard at work to get their tifo in place ahead of tonight’s game against Inter, a report claims.

Milan managed to beat Roma last weekend but their confidence was dealt a blow earlier this week, only getting a draw against Porto. But they will still be well up for tonight’s game against their city rivals Inter when they will look to go 10 points ahead of them and make it 11 wins in 12 to start the season.

It will certainly be a spectacular evening given that, as MilanNews reports, one hundred members of the Curva Sud have been at work since this morning to set up the choreography which will take up the three rings of the southern end of the stadium.

Given some of the amazing displays that the Curva already have in their catalogue from the derby clashes over the years, it certainly promises to be another ‘evening of fire’ as per the source.

READ MORE: Why Romagnoli was left out of Milan’s squad to face Inter tonight