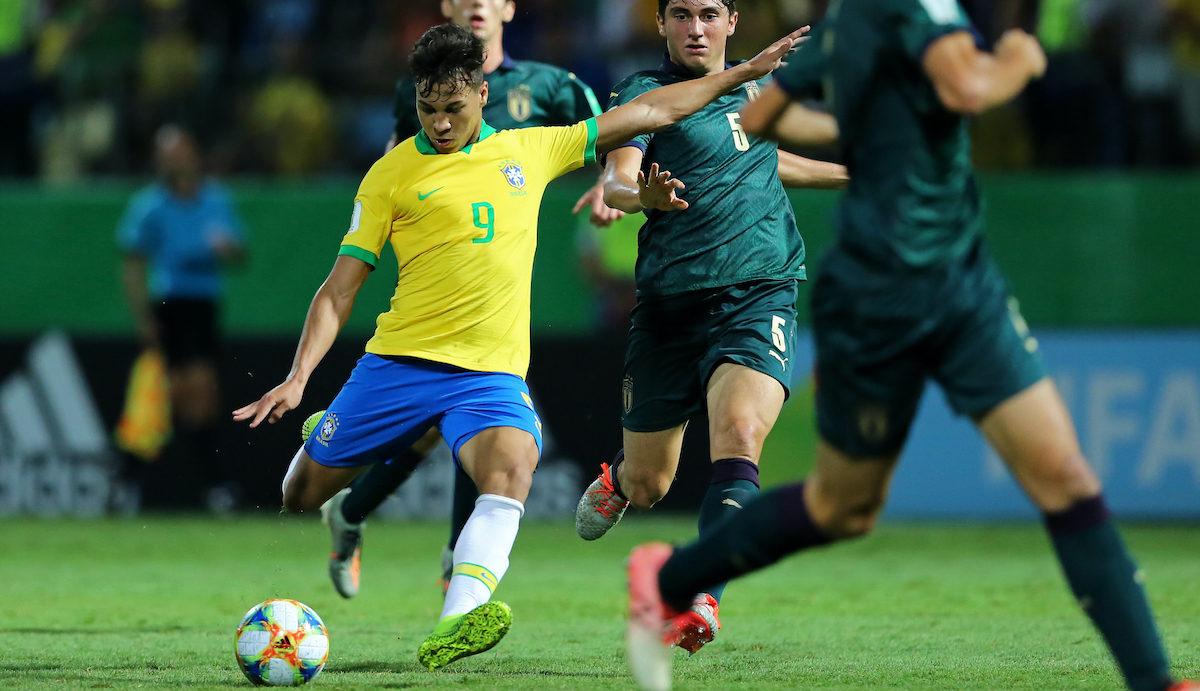 The Kaio Jorge soap opera seems to have a new twist every day, and the latest one has arrived from Santos’ employee Sergio Canozzi.

It seemed as if the 19-year-old striker was all set for a move to Juventus with multiple sources claiming that the Bianconeri had managed to strike an agreement over a pre-contract, with the previous assumption being that his deal expires in December of this year.

However, the Sky editorial spoke with Sergio Canozzi – the international market consultant for Santos – about the situation surrounding Kaio Jorge and he gave an update that certainly changes the dynamic of things.

“I am convinced that Kaio’s existing contract expires in 2023. His agent made a wrong manoeuvre,” he said (via MilanLive).

Not only that, but Canozzi also appeared to confirm that the asking price that would be needed to sign the teenager is higher than the few million reported by the media.

“We know that in normal conditions the boy could be worth 25 million euros. But to date I believe that a 15 million proposal is enough to make Santos waver. Juve? We have had some contacts,” he added.

It seems therefore that Jorge not move for a figure of less than €15m, which complicates things as a pre-contract now looks to be off the table too.