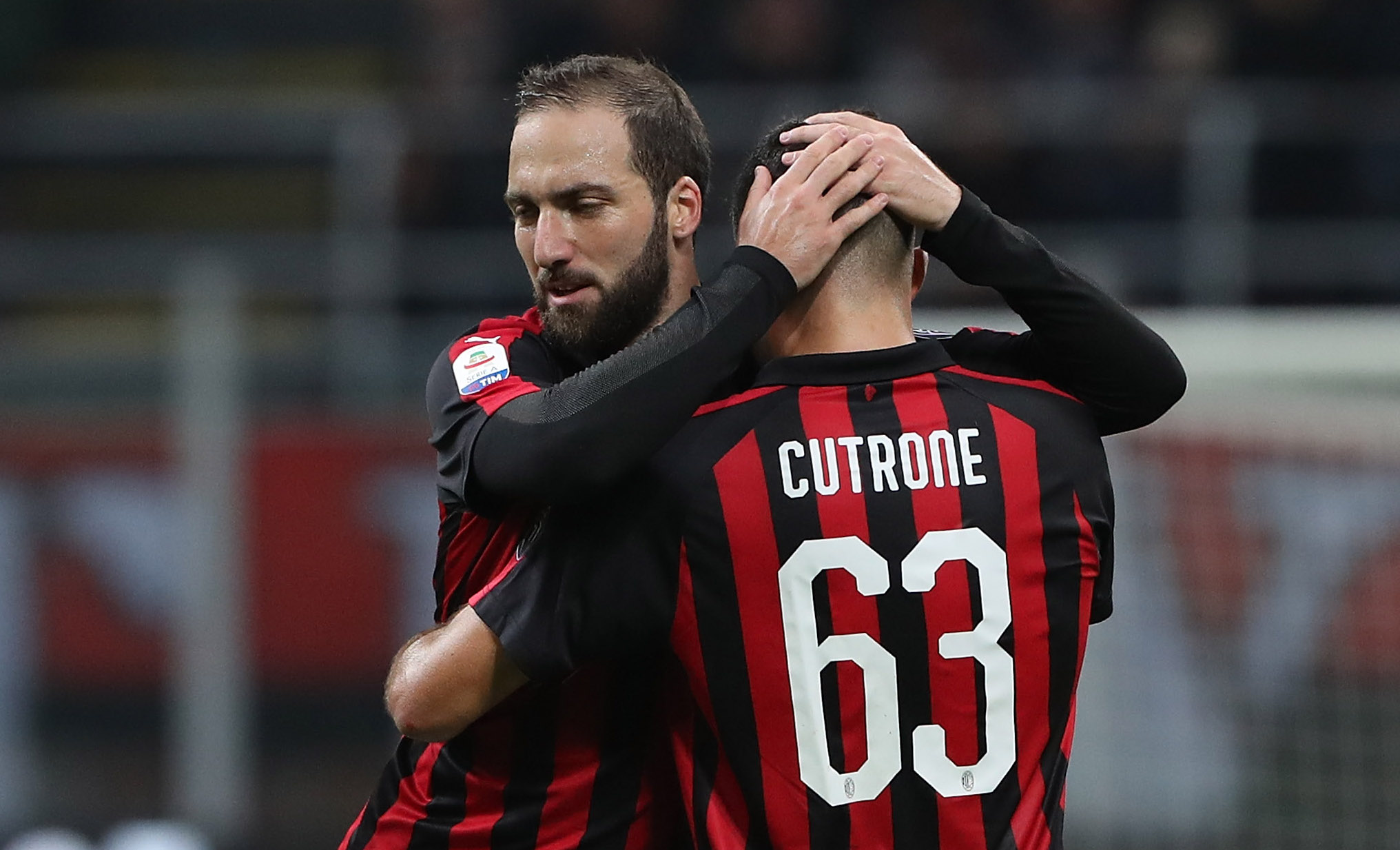 Cutrone: “I feel at ease with Higuain, he gives me precious advice”

AC Milan star Patrick Cutrone has revealed that he feels ‘at ease’ alongside Gonzalo Higuain.

Coach Gennaro Gattuso mixed up the starting XI for Sunday’s win over Sampdoria, starting the Italian and the Argentine up front together in a 4-4-2 formation.

Cutrone spoke to Milan TV after the Rossoneri’s victory against Sampdoria on Sunday night.

“Everybody has helped me, we proved to be a united team today,” Cutrone said.

“Criticism is part of football but on Tuesday we have a big chance to step in among the top four clubs in the table, it’s an opportunity we can’t miss.

“I always speak with Gonzalo. He always gives me precious advice during training, I listen and learn, I try to do my best all the times.”