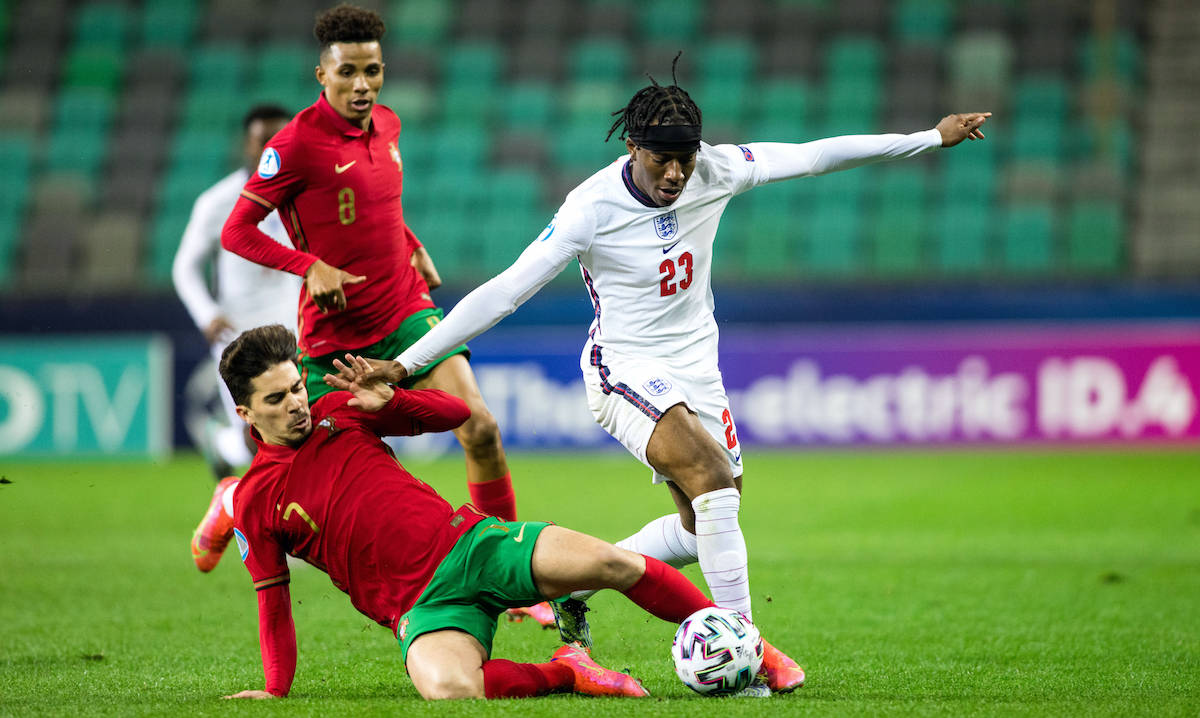 AC Milan are one of the clubs interested in signing PSV Eindhoven sensation Noni Madueke this summer, according to a report.

Chukwunonso “Noni” Tristan Madueke is the latest exciting English attacking export plying his trade overseas, and he has been in nothing short of sensational form for PSV Eindhoven this season at the age of just 19.

Signed from Tottenham’s youth system, Madueke has progressed through PSV’s U17, U19 and U23 sides, making his breakthrough this season amassing 9 goals and 8 assists in 32 games across all competitions. We recently picked him out as a potential wing target given the club’s desire to strengthen the attack.

According to the Daily Mail, Milan are among the clubs eyeing Madueke, but Leicester City want to bring him back to England have made an enquiry, establishing that his price tag is £15m (€17m).

RB Leipzig and Lille have also the race to sign the teenager but Leicester manager Brendan Rodgers is a long-term of admirer of the player. PSV are hoping to retain Madueke – who is under contract until 2024 – until at least the end of next season because ‘they believe his value could sky rocket’.

However, PSV also know big bids could come in and the main contenders to land Madueke are all on course to be able to offer guaranteed Champions League football next season.

READ MORE: Scoring streak and struggles from corners – All the key stats ahead of Lazio vs. Milan