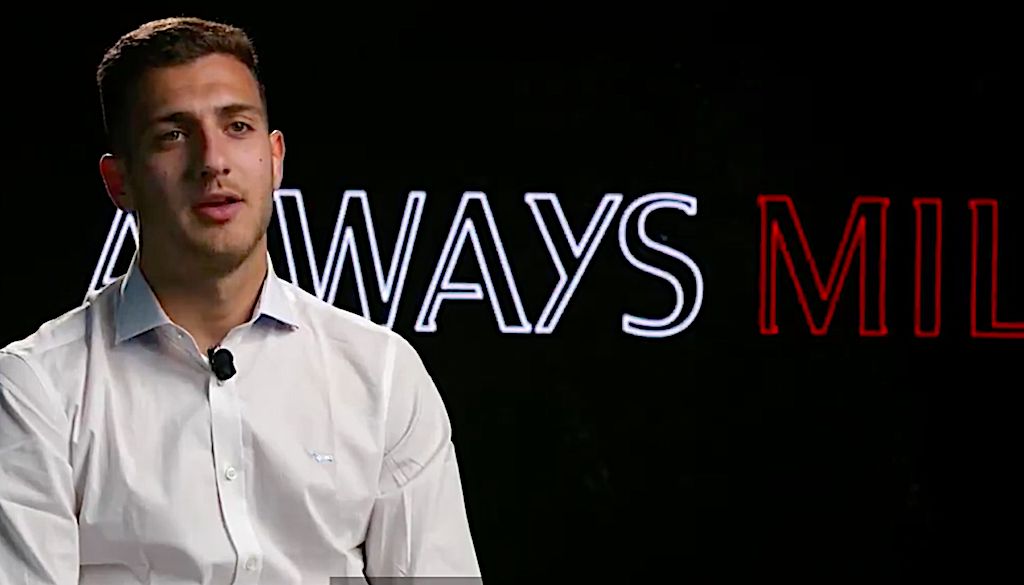 Dalot expresses delight after Man Utd exit: “Becoming a Milan player has always been a dream”

New signing Diogo Dalot has revealed that he grew up watching AC Milan as he expressed his joy at sealing a move to the Rossoneri.

Via a statement on the club’s website, the Rossoneri announced on Friday that Dalot has put pen to paper on a contract until June 2021, in what is a dry loan with no option or obligation to buy.

He joins Sandro Tonali, Brahim Diaz, Jens Petter Hauge and Ciprian Tatarusanu as being the latest summer recruit for the Rossoneri.

La Gazzetta dello Sport (via MilanNews) are reporting that while Dalot has officially joined on a season-long dry loan, the deal was agreed that way so Milan could speed up his arrival and that the management have the intention at the moment of keeping Dalot beyond next summer.

Therefore, they will hold talks with United during the season about the potential scope for the move to become permanent.

Speaking to Milan TV, the Portuguese defender spoke about his emotions after joining the club.

“Becoming a Milan player has always been a dream. Since we were young we have grown up watching Milan’s great victories and being part of this team is a great honour for me,” he said (via MilanNews).

“When you look at Milan you think about the history, the trophies, the games and the championships they have won. And it’s really nice for me because I’ve always dreamed of being part of a club that fights and tries to win everything, every single match. And for me Milan is one of the best teams in the world and for me it’s fantastic to be here.”

On his family, he added: “I think the relationship with my family is everything for me. Without them I would not be who I am now. Being able to have this help to grow and have them by my side is my desire and I will try to keep them close to me. It’s fantastic to have this support.”

On Italian football: “I think Italian football is very distinctive. It is a very fascinating football. Many might think that only defense counts but in reality tactics are also of great value and this is fantastic for me and I love to see Italian football. I hope I can learn a lot and have as much fun as possible.”

One player who is sure to help Dalot settle is Rafael Leao, his compatriot whom he has known from a young age.

“I’ve known Rafa since he was 15. We grew up together in the national team and we are very good friends.”

Zlatan Ibrahimovic has also played at both Manchester United and Milan, and is someone Dalot believes he can draw inspiration from.

“I didn’t play with him at United, I arrived a year later but obviously Zlatan is among the best players in the world,” the 21-year-old said.

“I think his career speaks for itself and it’s fantastic to be able to play in a team with him because you always want to play with the best players in the world and Zlatan is one of them.”

On his idol: “There are several in my role. Thinking of right-backs, Dani Alves and Philipp Lahm or many excellent full-backs who have worn the United shirt come to mind. I think football has generated excellent right-backs over the years and I hope to be a point of reference over the years.”

On what he brings to the table, he added: “I can bring my energy, my hunger, the desire to win games and trophies. This is what I want to do and I want to help the team achieve great targets because in the end this is what Milan represents: winning, fighting for trophies and for every match. I will bring energy, desire and ambition to the team.”

A message to the fans: “Thank you for your support, it is you who give us the push to play and to run. We will have a lot more energy to play games and to try to win games.”