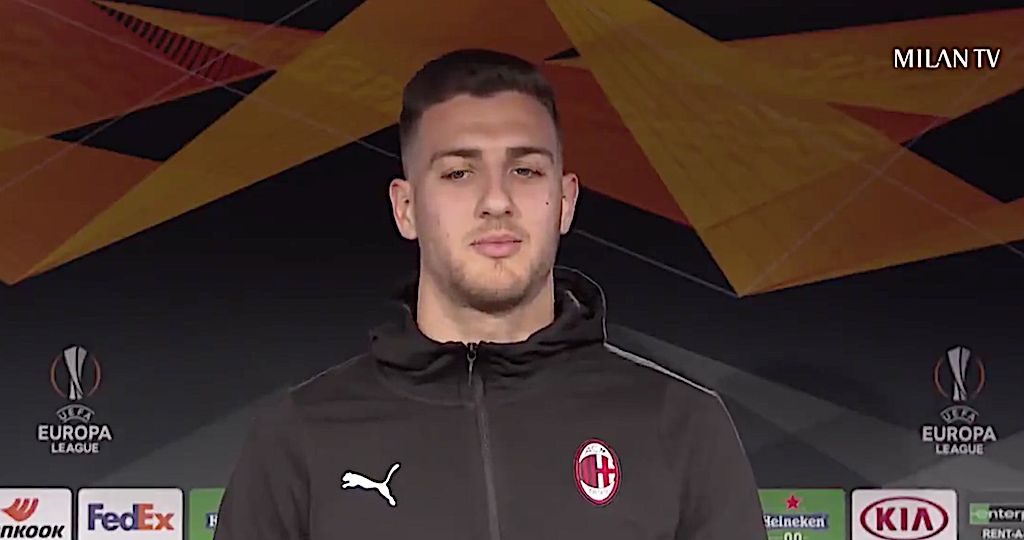 Dalot previews Celtic clash: “When they play against Milan all teams have a particular motivation” – video

Defender Diogo Dalot has claimed that he and his team-mates are slowly getting used to playing without fans, and is expected a tough game against Celtic.

Milan go into the game knowing that they are 90 minutes away from either having their qualification secured or will face another dreaded winner-takes-all shootout in the sixth round of matches.

The Rossoneri would qualify if they win and Lille do the business against Sparta Praha, though Stefano Pioli revealed in his pre-match press conference that he is expecting to meet a ‘determined’ Celtic side.

Dalot was interviewed by Milan TV on the eve of the game, with his comments transcribed by MilanNews and translated below.

On the absence of fans: “We are slowly getting used to playing without fans because we have been playing for some time now without an audience and now it is strange to see last year’s matches with the fans in the stands.

“Clearly it is something that we want back, I would like to experience the atmosphere of San Siro full of Rossoneri fans. And in those moments before the derby it was fantastic to see the love they have for these colours and how close they are to the club.

“It was a small moment of happiness and I hope that the fans will be able to return to the stadiums already this season.”

On the Lille game: “In Lille it was a very special game, we had the right approach, tactically we did well, we came close to winning in a very tactical game.

“We knew that Lille are a great team, tactically they played a great team at San Siro, so we had to be ready. We could have won it, their goal was the result of our inattention, but as a team we have to be ready and if we play compact, with the right tactics and careful in defense I think it will be easier to win and this is our mentality.”

On Celtic: “When they play against Milan all teams have a particular motivation. Celtic are special in Scotland, they are warriors, they always want to win and as I said they will be ready. They will want to show their value to the fans, so we will have to be as ready as they will be.”