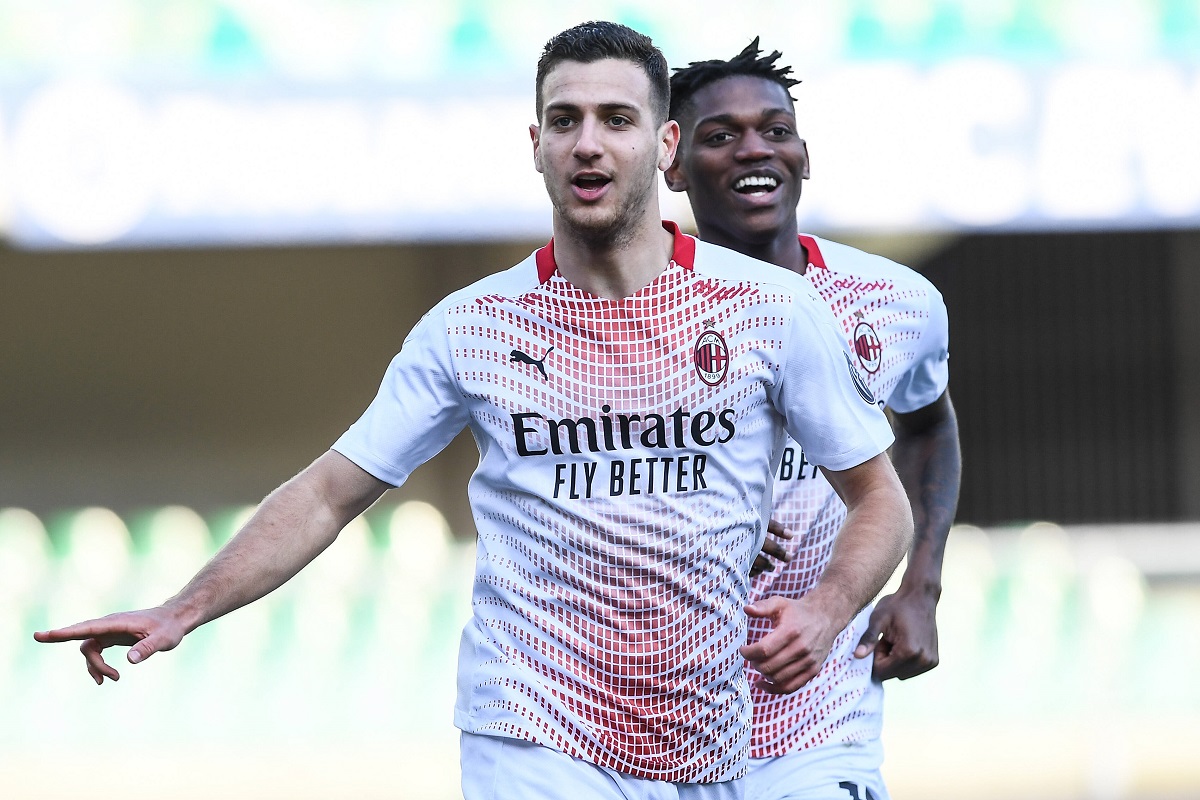 Diogo Dalot was brought in by Milan ahead of the season as they needed a full-back that could play on both sides of the defence. Thus far, it has been a season of ups and downs for the Portuguese youngster, hard to evaluate.

The 22-year-old has indeed played a lot for the Rossoneri but it has mostly been on the left-hand side of the defence, and that’s perhaps not where he should play in the long run. For the fans, therefore, it has been tough to make a decision on him.

Dalot’s loan at Milan will expire in the summer and there isn’t a buy-out clause in favour of the San Siro side, meaning negotiations with Man Utd would be needed. Everything will depend on the price tag, in other words, which most likely will be a tad high.

In an interview with Calciomercato.com, Dalot’s agent Carlos Goncalves took stock of the situation and also shared his thoughts on the ongoing season. He didn’t leave many hints on the future, though, remaining tight-lipped.

Mr Goncalves, Dalot’s season can be considered positive: did you expect this personality from your client?

Diogo is not only an attentive full-back in the defensive phase: the 2 goals and 3 decisive assists in the season also tell of a skilled player in the attacking phase, don’t you think?

“Diogo Dalot has always distinguished himself for being a very complete full-back, very strong both in defence and in attack. And the fact that he is so complete allows him to often be involved during matches and in decisive moments. Both through goals and assists. This is something perfectly normal from Dalot.”

In your opinion, in recent months, have we seen all the potential of Dalot?

“You have not yet seen the full potential of Diogo Dalot. He always aims for improvement. The more he plays, the more he feels confident and the more he has the possibility to increase his potential.”

Pioli, in the post-match against Parma, said: “Diogo trained at 110% despite knowing that I had chosen Kalulu, he is an example for everyone”. Did you like these words?

“It’s always gratifying to hear these words from your coach. That mentality Pioli talks about, that highlighted professionalism and that ability to surpass himself that Diogo constantly demonstrates, both in training and in matches, are his trademark.

“Despite the fact that everything doesn’t always go smoothly, even when he isn’t a starter, Dalot gives his best every day, from when he wakes up to when he goes to sleep. This mentality is what makes him an elite player.”

Milan snatched Dalot, on loan, from Manchester United after a long negotiation: what convinced him to accept the Rossoneri project?

“It’s very rewarding for Diogo. He accepted Milan’s opportunity and challenge with great enthusiasm, demonstrating on the pitch that this mutual bet is gratifying for both. Because the ambition of any player is to be able to integrate projects like this, full of ambition. And even more so in a historic and winning club like Milan, who consider it a perfect opportunity to bet on a team of young players of enormous value.”

Solskjaer recently said he can’t wait to be able to coach Dalot again: will he play with Manchester United next season?

“Diogo has a contract with Manchester United until 30 June 2023. All decisions regarding his future will be made in due course. There is still a lot to be decided in the Italian league and Diogo is only focused on Milan’s immediate goals, which are to finish the 2020/2021 season in the best possible way, earning a spot in the Champions League. But whatever the future, whatever decision is made, it’s guaranteed that Diogo will continue to play in a great European club.”

Did Milan indicate their intention to try to keep Diogo?

“In time we will have this conversation. There is still a lot to decide in Serie A. And there is no need to speed up a process when all the parties involved have their attention on the matches that remain in the league, thinking about the best for Milan.”

Are the rumours about Napoli’s interest true?

“I’m sorry, but I don’t feed the speculation. Diogo is at Milan, on loan from Manchester United and valid until the end of this season. Whatever people say or can say about the interest of other clubs, this is not the time just to talk about it.”