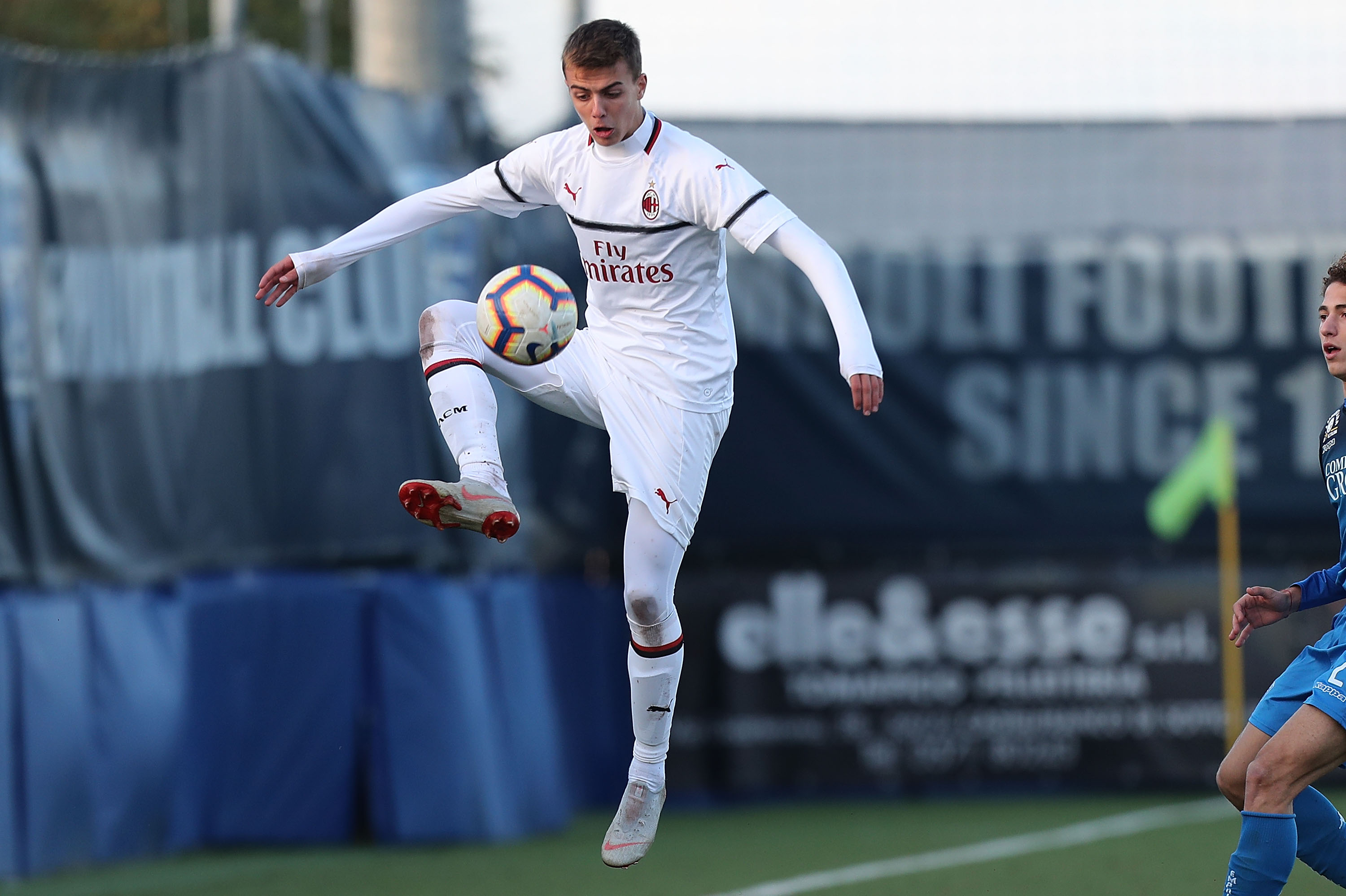 Daniel Maldini: “My dream is to reach the senior team, like my grandfather and father”

Daniel Maldini, son of AC Milan legend Paolo Maldini and grandson of Cesare Maldini recently spoke to Sky Italia about his “dreams” to play for Italy, as they once did.

Maldini was just called up to the Italian U18 team, earning a call up after scoring nine goals in 22 appearances for the Milan Primavera team.

He explained his ability to “see things before others” is one of his many strengths.

“I’m very happy to be in the national team,” he told Sky Sport Italia.

“I want to honour the Azzurri jersey and my dream is to reach the senior team one day, like my grandfather and father.

“I always received help and advice from my father. He always tells me to keep my feet on the ground and remain humble on and off the field.

“My position? I play an attacking game, as a midfielder or a No 10 who thinks about scoring goals.

“My strengths are playing with only a few touches, set-pieces and seeing things before others.”