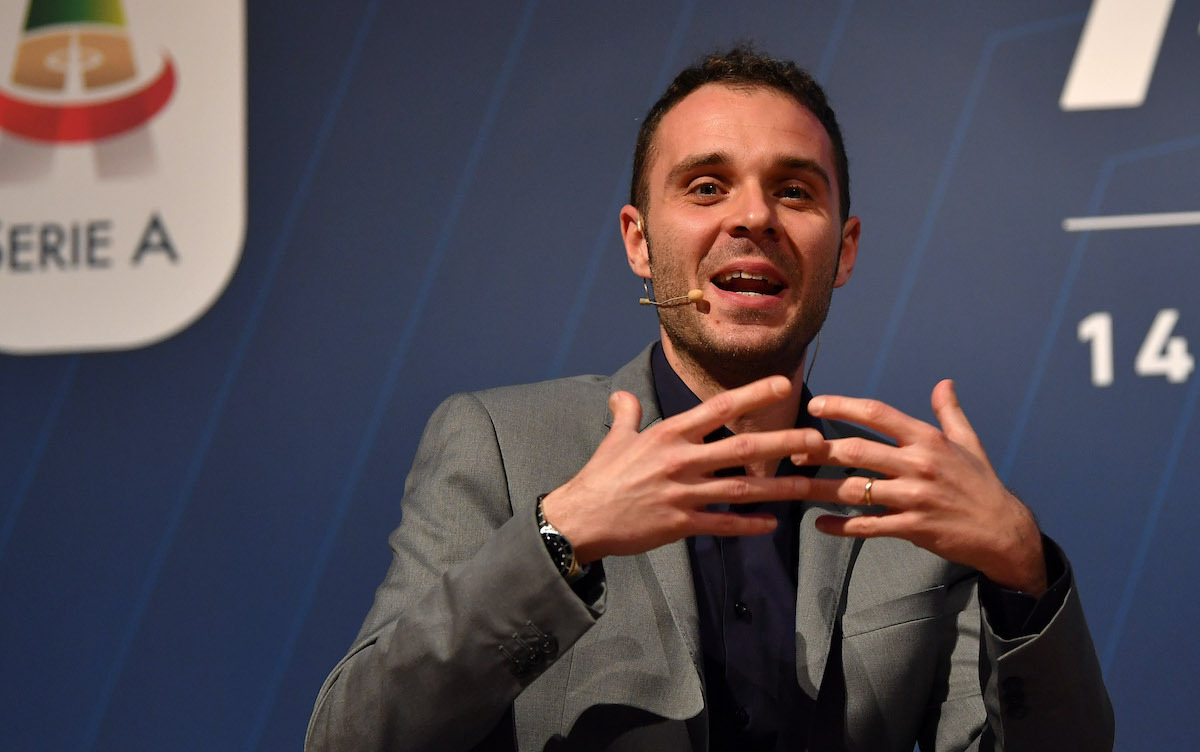 Borghi was the man who called the game at the Gewiss Stadium during which the Rossoneri won 3-2 in a game that wasn’t quite as thrilling as the scoreline suggests, with Milan racing out to a 3-0 lead and surviving a brief late scare.

Given the setback against Atletico Madrid, three points for Stefano Pioli’s side seemed tough, but if you were confident then a dabble might have been worth it via a place like these new online casinos.

Borghi spoke to MilanNews to give his thoughts on the game, and he began by touching on how impressed he was by the character and the intensity shown after defeat in the midweek against Atletico Madrid.

“Fantastic, really fantastic rhythms, considering that for both of them it was the seventh game in three weeks. This too is to be counted. I was expecting a fast game but maybe with a slowdown in the second half which never happened, it went at incredible speed throughout the game,” he said.

“We leave this portion of the season with the hope that there will be more and more matches worthy of Serie A, because the great news of this season is that there are many games with this speed and with this level of spectacle. Last week I commentated on Inter-Atalanta, and it was a match with a similar intensity, we had a fabulous Rome derby, many games even with the mid-table teams like yesterday’s Sampdoria-Udinese which ended 3-3.

In recent months it has often been said that this Milan were doing well due to the absence of the pressures of a full San Siro. But it seems quite the opposite…

“It’s true, it was a consideration that was made and that instead was swept away by the total growth that this team has made. Over the past year and a half this group has grown tactically, technically and mentally.

“An extraordinary job was done at all levels, from the management who always managed all situations in the best possible way, to the manager who had extraordinary merit in giving this very offensive game setting, in convincing the players to follow him and in doing more and more the right choices both in terms of men and in the game plan.

“Milan scored after 28 seconds [against Atalanta] with the assist of a full-back, in the position of the winger, for the cut of the other full-back in the position of a winger. The players have worked hard, they have all improved. There are very evident situations such as that of Tonali, Leao, Brahim Diaz, but also Saelemaekers himself.

“The Belgian is a player who has done pretty well right from the start but now, like everyone else, he puts more things into it. This is the demonstration of how Milan have raised the bar at all levels. I am really impressed by AC Milan’s start to the season.

“I commentated on them three times in seven days, against Lazio, Juventus and Atalanta, and I have always seen a strong, true team, full in all its components. It is only the beginning of the season, many things will happen, it is a very balanced season with many steps but in short, all the doubts that have emerged on the path of the growth of this team are promptly swept away.”

From the now famous 5-0 defeat in 2019 to Sunday’s match in which Milan went to Bergamo to play and win, what do these two years in between tell us?

“The world has changed since then. Milan did not go to play the same game as Atalanta because Milan have their game: they are a team that today accepts Atalanta’s game, something that everyone cannot afford to do, and surpasses it even at the level of intensity. Not for all phases of the game but for many phases. This is a very important thing.”