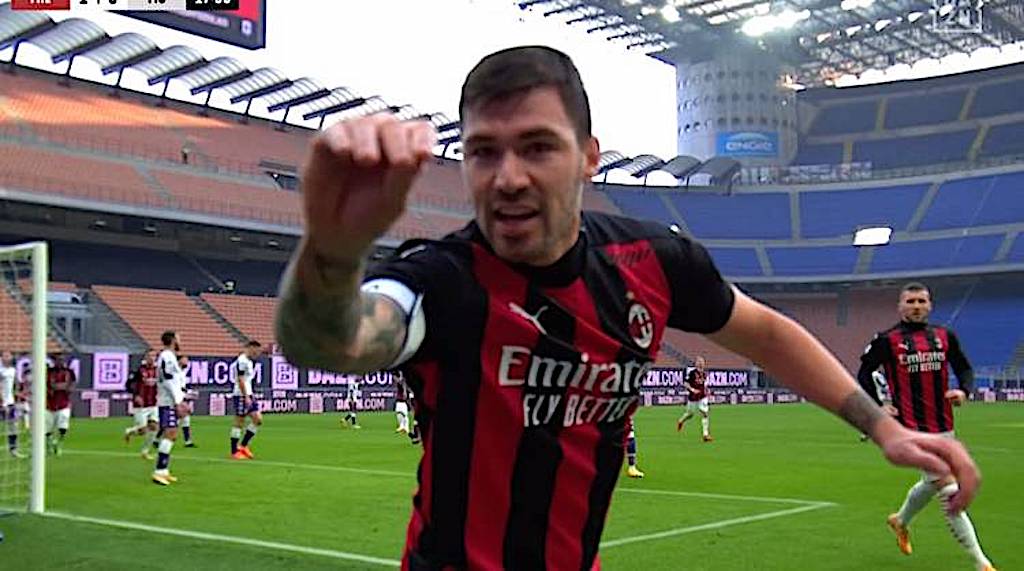 Zlatan Ibrahimovic was not happy with captain Alessio Romagnoli’s celebration after he scored the opener against Fiorentina on Sunday.

After scoring inside the opening 20 minutes with a header from a corner to make it 1-0, Romagnoli opted to run in front of a camera miming with his hands the fact that there has been a lot of talk about his recent performances.

According to broadcaster DAZN (via MilanLive), the celebration was not taken very well by Ibrahimovic. The Swedish centre-forward can be seen in the stands questioning the choice of the captain in the video below…