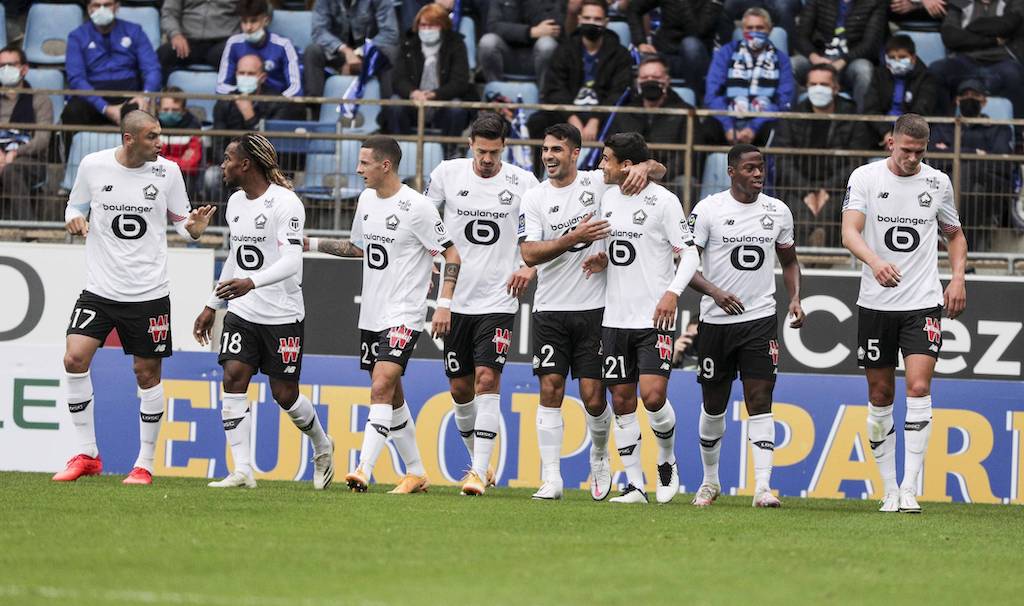 The game between AC Milan and Lille on Thursday pits two high-flying sides up against each other in the Europa League group stages.

Milan are on a 24-game unbeaten run across all competitions which began when football resumed after lockdown, and they will take on a Lille side who are second in Ligue 1 have won five and lost none of their opening nine league games.

DAZN journalist and Ligue 1 expert Alberto Santi spoke to MilanNews about Thursday’s game including what Milan can expect from Lille and the duels where the game will be won and lost.

On Lille, Santi began: “It is a Lille that is doing very well in the league. The draw with Lyon was accidental, even if it may have revealed a limit of Lille in terms of winning the league.

“To scare PSG, Lille must win a match like the one against Lyon. Lille’s goal is to return to the Champions League, and they are also churning out many talents.”

Who among the Lille squad can cause problems for Pioli’s side?

“Botman, who came for eight million from Ajax. One between him and Josè Fonte should mark Ibrahimovic, even if Fonte has had an eye problem. In goal instead there is Maignan, who is a good goalkeeper, quite reliable. ”

Leao will go up against his former team on Thursday.

“Leao’s performance this year is thanks to Pioli, who returned to use him on the wing and made him run. At Lille he played very advanced,” Santi revealed.

“Lille’s football greatly enhanced the qualities of Leao and Osimhen playing vertical football with a lot of speed. Leao owes everything to Lille. It will certainly be very special for him.”

How much did Ibrahimovic influence Leao’s growth?

“A lot, but in general for the whole of Milan. Ibra is someone who takes pressure off, but at the same time he requires a certain type of performance and this pushes you to give more and more. Leao has improved a lot with Ibra, in fact you can see that has changed a lot. Now Leao is returning Ibrahimovic’s trust.”

In the summer there was talk of Soumarè as a possible midfield target for the Rossoneri.

On him, Sandti said: “In the last period he is finding little game time because he has a lot of competition. There is Renato Sanches, who is essential for Lille, and Andrè, who recovers a lot of balls and does a lot of running.

Soumarè therefore in the last period is losing ground, but we are talking about a 21-year-old player. He needs to improve, once he has recovered the ball, in making the right choice and in the first pass, but he still has great room for improvement. Many time he has been compared to Pogba, but perhaps too many midfielders have been compared to Pogba. ”

What will be the best duel on the pitch?

“Certainly the match between Renato Sanches and Kessie will be among the best, but Botman-Ibrahimovic is no exception. Theo Hernandez will be a problem for Lille, as Lille’s full-backs are only very offensive and don’t track back much.”

Sassuolo striker drops strong hint he would like to play at Milan with Ibrahimovic amid links
16 April 2021, 10:25
Serie A Standings