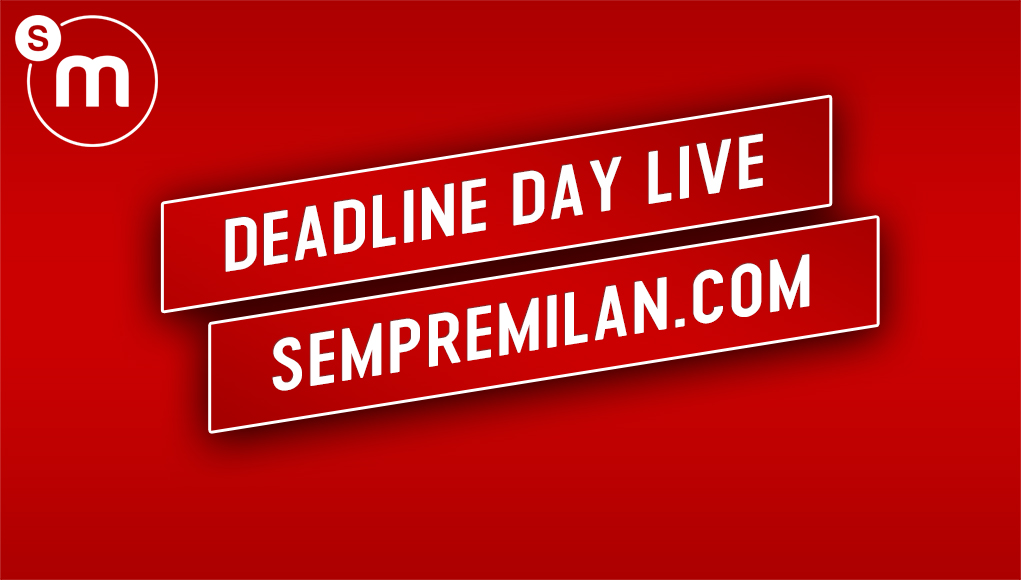 Deadline Day LIVE: All of the latest AC Milan news

Deadline day is here! Having already signed Paqueta and Piatek for a combined fee of €70m, AC Milan are also looking to bring in a winger, which has been requested by Gattuso. Will they succeed? Stay updated with our liveblog below.

20:00 – The transfer window has officially closed! The Rossoneri brought in Paqueta and Piatek, as well as a few youth players for the Primavera team.

Read more about the sales and signings here…

17:00 – According to Sky, the Rossoneri’s market is now closed. Leonardo and Maldini tried to bring in a winger, but were not successful.

Vito Angele claims that the pursuits of both Yannick Carrasco and Allan Saint-Maximin have been postponed until the summer, and unless there is a late twist then Gennaro Gattuso will continue with Fabio Borini and Samu Castillejo as his back-up wide options.

15:20 – While there is somewhat of a lull in speculation, why not have a listen to our latest podcast…

14:54 – It seems like Alen Halilovic is one step away from completing a move to Standard Liege…

14:20 – The focus has been shifted from signings to outgoings for the time being, according to SpazioMilan.

They claim that Alen Halilovic is wanted by both Besiktas and Bologna, but his high salary puts them off.

Meanwhile, Alessandro Plizzari looks set to leave on loan to a Serie B side in order to get more playing time.

14:13 – Genoa have blocked the exit of midfielder Romulo to either Lazio or Milan on deadline day, according to Sky.

It had been suggested that the Rossoneri could launch a late bid for the versatile Grifone star.

13:38 – The agent of Nice star Allan Saint-Maximin has provided a response to rumours of a possible deadline day move to AC Milan for his client.

13:19 – The deal to send Alen Halilovic to Sporting Liege could see a player come the other way, a report claims.

As reported by Tuttosport (via MilanNews), Leonardo has received excellent reports on the player, who is struggling for opportunities in Paris.

It is believed the Ligue 1 giants will let him leave for €10-15million.

12:25 – More updates on a possible deal for Allan Saint-Maximin…

TMW claims that discussion took place between Milan intermediaries and Nice late last night to try and thrash out an agreement.

12:03 – Alen Halilovic is set to join Standard Liege until the end of the season, according to Belgian portal sudinfo.be.

11:44 – Perhaps there will be some late mercato drama after all…

One Twitter account is claiming that Allan Saint-Maximin has asked OGC Nice to evaluate AC Milan’s offer, which is expected to arrive at 12:00 CET.

Predominantly a right-winger, Romulo can play in both central midfield and at full-back, and the player would apparently accept a back-up role.

However the report states that Lazio are in for the player too.

11:15 – According to Italian newspaper Il Giornale, Milan intend to redeem Tiémoué Bakayoko’s €35m option to buy this summer regardless of Financial Fair Play.

10:56 – According to Tuttosport, AC Milan’s attempts to bring in both Gerard Deulofeu and Allan Saint-Maximin have not been successful, and the club will evaluate the possibility of signing them in the summer.

10:16 – While things are a little bit quiet on the signings front, how about a throw back to this day three years ago?

📅 On this day in 2016: Alex, Carlos Bacca and M’Baye Niang all scored as #ACMilan thumped Inter in the Derby!

09:00 – According to SportMediaset, a new possible destination has emerged for Milan outcast Alen Halilovic: Standard Liege. As it seems, Besiktas have pulled out of the race.

08:36 – According to Sky Italia’s Mario Guinta, an intermediary of Carrasco has stated that: “Milan have tried, but Dalian don’t want to let him go”, virtually ruling out a move to the Rossoneri. READ MORE HERE.

08:30 CET – Welcome to SempreMilan’s liveblog! Throughout the day, we will update this article with the latest AC Milan news, adding links to our articles, as well as tweets and so on.