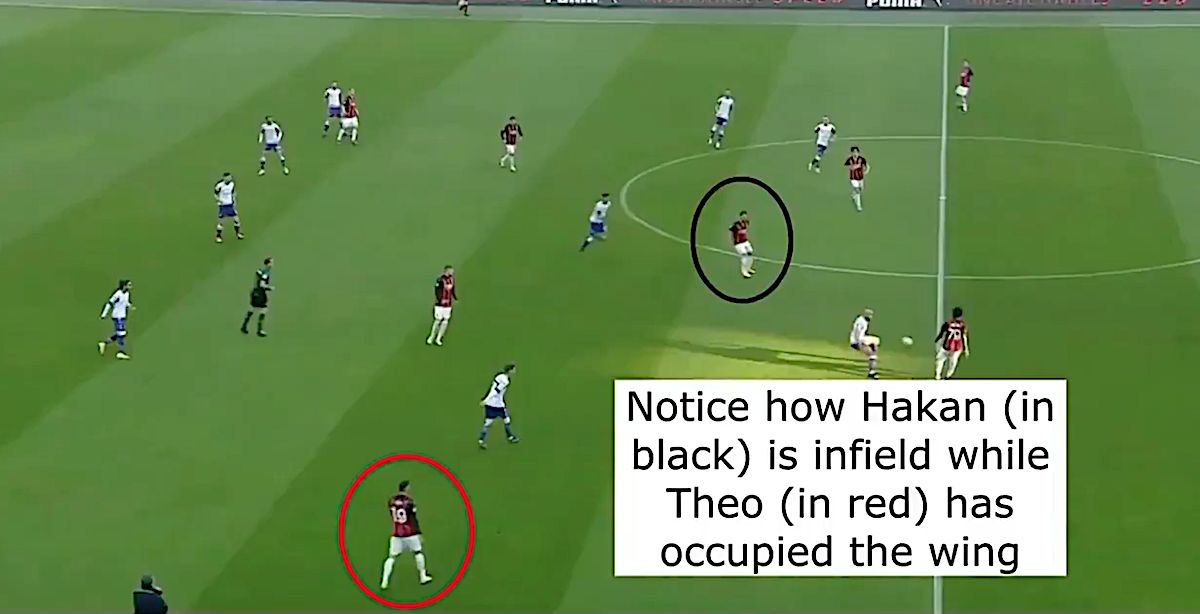 There has been a lot of buzz in the media and subsequently among fans about the fact Stefano Pioli appeared to use a three-man defence in Saturday’s friendly win.

Milan kicked off their 2021 summer preseason campaign with a 6-0 win over Pro Sesto on Saturday, with Ismael Bennacer, Rafael Leao, Samu Castillejo, an own-goal and a Milos Kerkez brace proving too much for the Serie C side.

Tuttosport (via MilanLive) analysed the game on Sunday and remarked how Pioli’s side seemed to transition to a sort of 3-5-2 in possession, with Gabbia, Tomori and Romagnoli playing tighter on the defensive line. Castillejo and Theo Hernandez were the wide men called to push on in possession, with Krunic, Tonali and Bennacer the midfield three. Rafael Leao and Daniel Maldini were the front two.

The paper also remarked how in a way the system has emulated the way that Roberto Mancini’s Italy played in the European Championships, starting with a 4-3-3 that turned into a 3-5-2 in possession with Di Lorenzo’s stepping back as an additional centre-back and Spinazzola pushing forward.

As our writer Rohit Rajeev has pointed out, the report is perhaps a bit misleading, as the paper have certainly angled it on the idea of the system being something completely new that Pioli is trying ahead of the new season.

In actual fact that is not the case, because the three-man back line while in possession was seen often last season. The video below shows how the Rossoneri played against Fiorentina when they beat them at San Siro in a 2-0 victory.

Milan would warp to a 3-4-2-1 formation with Hakan drifting infield and Diaz shifting to the right half-space, giving Theo the space to make those runs.