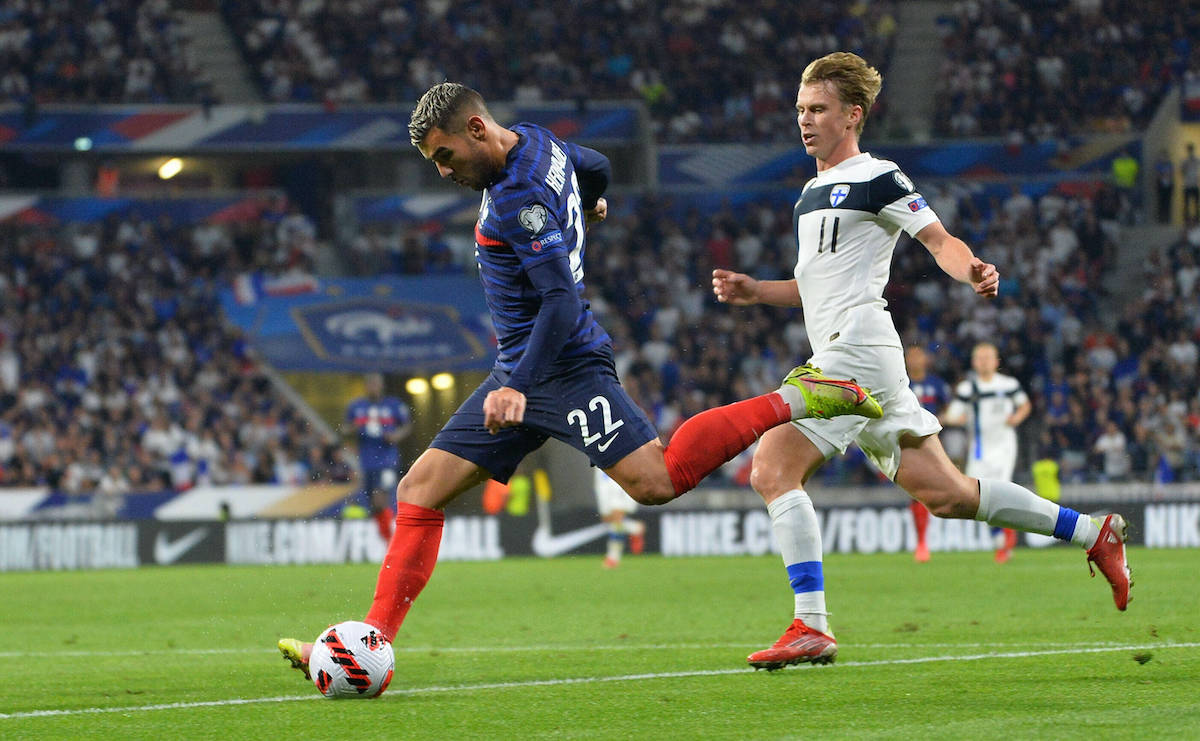 AC Milan full-back Theo Hernandez has been called up by France coach Didier Deschamps for their upcoming World Cup qualifiers, but in a surprise department.

The good news is that Theo Hernandez seems to have fullly convinced Deschamps after it took him a long time to earn an initial call-up, one which he received in the last international break. The 23-year-old is likely to play for a spot in the starting XI against his brother Lucas.

Interestingly though, the former Real Madrid man was named among the midfielders by Deschamps rather than among the cohort of defenders where one might expect him to be placed. The French coach explained the reason for his choice to the media, with his comments transcribed by MilanLive.

“As for Lucas, he has grown a lot as a centre-back even if he played more with me as a full-back. Theo, on the other hand, is much more attacking, I consider him a player halfway between a defender and an attacker. This is why I chose to place him in the middle, among the midfielders.

Deschamps also spoke of the possible rivalry between the Hernandez brothers: “It’s a strange situation, it has never happened to me before. Theo and Lucas have a very strong bond, but that won’t stop me from making choices for the good of the team. For sure I will have a chat with both of them: the certain thing is that I will treat them as different players, not as brothers.”