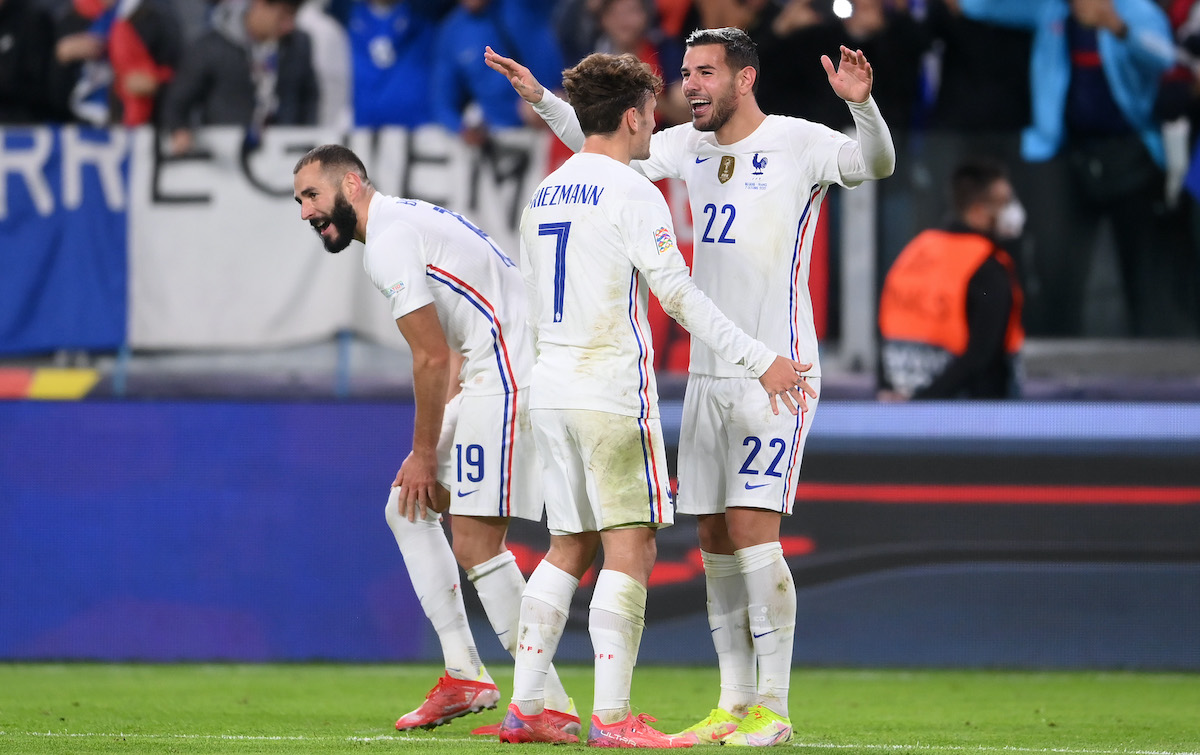 Despite his heroics for France last night in their 3-2 UEFA Nations League semi-final against Belgium, head coach Didier Deschamps has highlighted an area for Theo Hernandez to improve.

The 24-year-old played his second game for his country during last night’s 3-2 victory over Belgium at the Allianz Stadium, and he stole the headlines by scoring the winning goal in the second minute of added time with a trademark shot from the left side of the box into the far corner.

It was certainly a great moment and the latest reward for Theo, who continues to go from strength to strength at Milan and is now rightly considered to be one of the best left-backs in the world, but Deschamps prefers to play him on the left side of a four-man midfield.

Deschamps spoke to SportMediaset about Theo and insisted that he has ‘always thought’ about selecting him, but hinted that one area of game stopped him from doing so.

“I’ve always included him in the preliminary squad, but there is a lot of competition. I’ve been thinking about him for a while, he is doing really well and he is continuing to do so, even if he must improve defensively,” he said (via FootballItalia).

READ MORE: Milan hoping to raise €6m and save salary with double sale in January – the situation