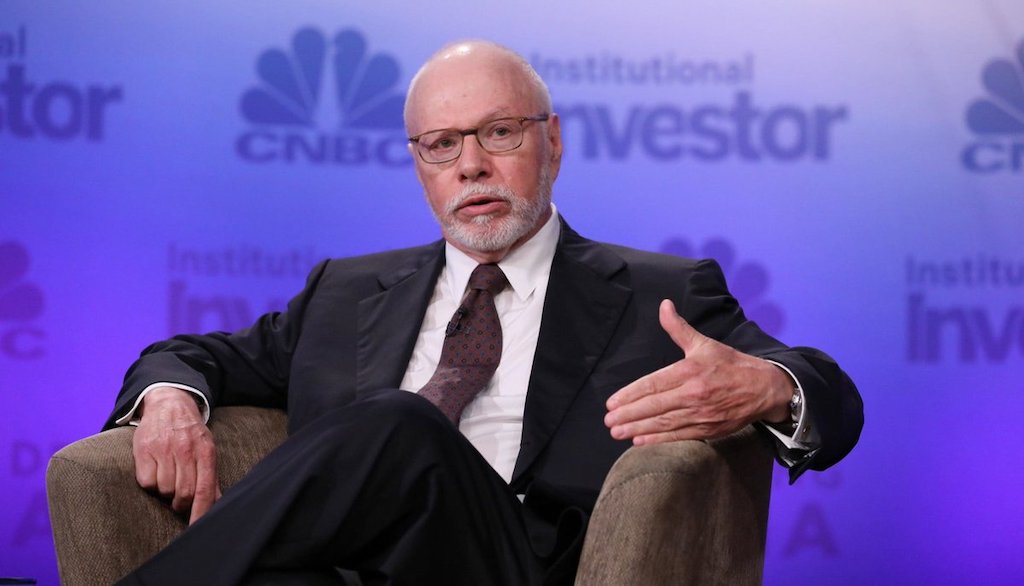 Devil’s Advocate: All signs point to a sale but Elliott risk setting Milan back with a costly summer

Everybody was made well aware of what the modus operandi of American hedge fund Elliott Management Corporation is when they seized control of AC Milan.

Simply put, funds like Elliott do not tend to enter the business of running football clubs. They exist to make money, while even the biggest football clubs in the world don’t just lose money, they tend to hemorrhage it pretty badly.

For example, the accounts for the 2019-20 financial year suggest that Elliott – under the ever-watchful eye of experienced cost cutter Ivan Gazidis – have managed to trim the club’s losses by €46m, but Milan still stand at €100m in the red. It is evidence of progress that simultaneously acts as a yardstick of how tough this journey will be.

In the grand scheme of things though, it is important to make it abundantly clear that Elliott Management have no interest in owning this club long term. They only acquired it in the first place due to Yonghong Li’s inability to pay back what he owed, and have set about doing what they do best in the two years since: getting the business side in order by cleaning up the accounts.

There is plenty of good that will come from Elliott’s streamlining of the Rossoneri’s balance sheet. For example, as much as €30m is expected to be trimmed off the wage bill through the removal of bad contracts, and a heavy emphasis has been placed upon capital gains and sensible monetisation of assets.

The result is that when it comes down to negotiating a new Settlement Agreement ahead of Milan’s return to European competitions (the club are expected to meet with UEFA to discuss this in 2021), the balance sheet and the accounts will show a positive trend which reflects very favourably for Milan in the eyes of European football’s governing body.

That in turn means that a better agreement would be signed, one that allows for greater flexibility on the market and if used wisely could then catapult Milan back to where they want to be. Inter have gone down a similar road and appear at least two years ahead in their project.

However, the ‘project’ that Milan are supposedly on is smoke and mirrors at this point. Everything at the moment, every decision relation to the playing squad, points towards short-termism.

Looking at the facts, we start with the determination of Elliott to get rid of bad contracts and players deemed as dead wood, as seen in the departures of Suso, Borini, Piatek, Rodriguez and, shortly, Pepe Reina.

The counter-argument is that stopping money being spent badly is what any owner would do, but an owner with a semblance of medium to long-term ambition would recoup that money and reinvest it, rather than impose a salary cap of €3m.

In addition, the club have abandoned the three-year plan they had seemingly fine tuned with Ralf Rangnick in favour of an X-year plan with Stefano Pioli.

Yes, Pioli had earned the confidence of Elliott with the results post-lockdown, but the questions should still remain – without any malice behind them – as to what exactly made the American fund change their mind.

The motives seem to be two-fold: while the results made it easier to pull the plug, plenty of sources have since reported that the financial commitment needed to let Rangnick establish his vision (as much as €100m in transfer budget) was an allocation of resources Elliott were not willing to make.

Then there is the transfer market. The rumour is that Paolo Maldini and Ricky Massara have been given €30m in net spend (plus sales) to go out and build a squad that will guarantee a top four finish.

With so many areas to plug, that seems unreasonable and improbable. The only deal that seems anywhere close is Tiemoue Bakayoko, and that would be on a loan with option, so no financial commitment guaranteed at all other than a loan fee.

Milan even seem reluctant to fork out anywhere close to €20m on a new right-back, and that is the one glaring spot in the starting XI that needs reinforcement. If ‘precise and targeted reinforcements’ is the buzz phrase, why does everything seem to point towards things being done on the cheap?

The interesting items on the agenda arise when things start to come full circle. The news has been full of updates regarding Milan’s new stadium project over the past month or so, with reports suggesting the winning design will be picked in September and ground could be broken in 2021.

Those who have been bold enough to report on Milan’s potential sale to Louis Vuitton group owner and fashion tycoon Bernard Arnault have highlighted the importance of the stadium project, something seen as an important bargaining chip for Elliott to raise the price of the club and get back what they have invested and more.

Our correspondent Vito Angele told us earlier in the year that a two-to-three-year plan had been presented to the shareholders at the time of the acquisition, so Elliott will sell Milan by 2021. The sooner Elliott manages to sell Milan, the more revenue they will make from the sale.

Not only that, but he told us that a key role in the negotiation is played by Ariedo Braida and that a source close to the former general manager of Milan claims that the acquisition of the club has practically already been completed, with Braida set to return.

Braida said in June that he is ‘confident’ about returning to Milan and Sky Italia reported over the weekend that his San Siro comeback after seven years is looking increasingly likely. Have we been overlooking the most obvious signs yet that times are a-changing?

Now, we are not saying that a sale is absolutely nailed on within the next few months, but if that were to happen then the signs listed above means it should not be a surprise.

A continued streamlining of the wage budget, lack of funds made available for the summer window, the ditching of a multi-year plan in favour of staying with Pioli, players arriving on temporary deals and the imminent return of Braida – these are all signs.

The problem is that this is an important summer window for Milan. Teams around them have moved from strength to strength in recent years, with Lazio, Atalanta and city rivals Inter anchoring a top four spot. Then you have Napoli showing ambition in the window so far and Roma under new ownership – Milan cannot afford to stand still.

If Elliott are thinking ahead to their payday when they finally sell the club then stand still is exactly what Milan will do. Perhaps you could class it is falling victim to circumstance, and that it may be short-term pain in exchange for long-term gain if a more ambitious and glory-driven ownership group does take over, but the squad for 2020-21 will suffer.

If all of this is wrong and Elliott Management in fact plan on holding Milan for years to come then get the drawing boards back out and try keep those hopes suppressed.