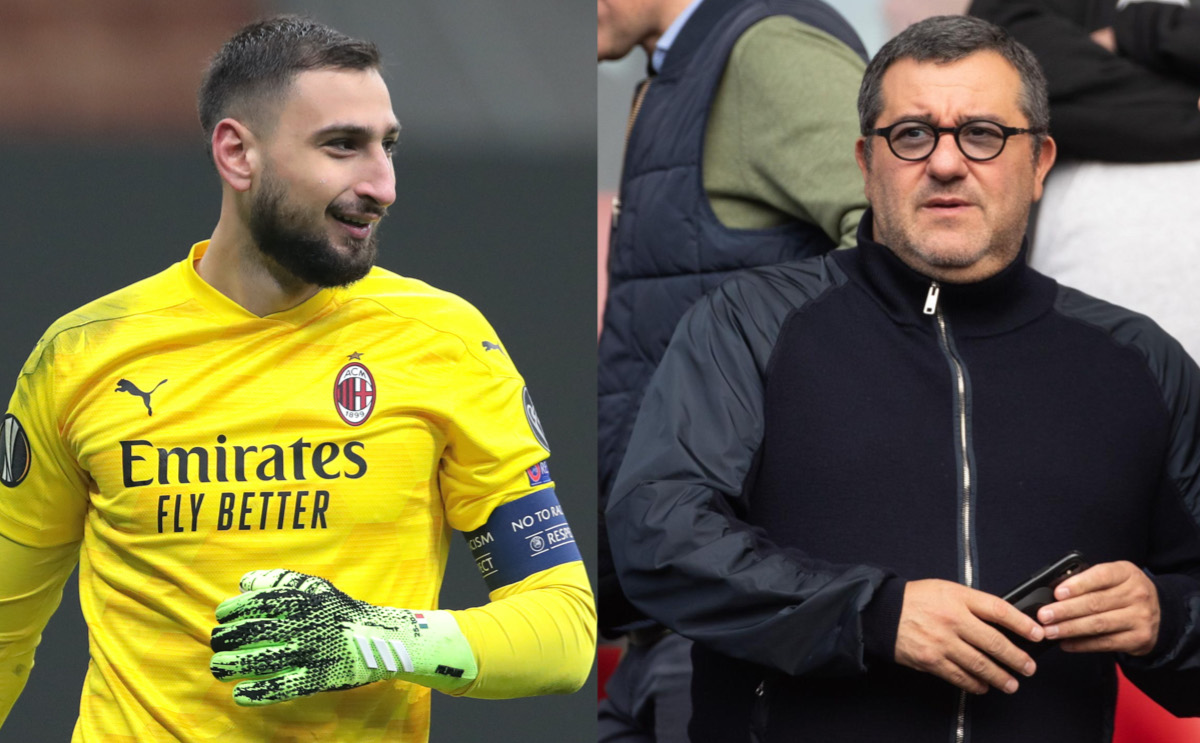 Now the January transfer window is over, a lot of attention is now being directed towards the renewal situations that the Milan management need to resolve as soon as possible.

Hakan Calhanoglu and Gianluigi Donnarumma are both under contract until June, and then they will be free to sign with other clubs. Both are technically within their rights to sign a pre-contract now too, with means that it is necessary to turn negotiations into signatures to put the minds of the fanbase at ease.

The club continues to maintain the official stance – as revealed through recent interviews with Maldini and Gazidis plus the comments of Pioli – that they are confident of agreeing new contracts with both players. So what is taking so long?

The latest regarding Donnarumma suggests that things are not exactly a walk in the park, though. La Gazzetta dello Sport reported this morning that Mino Raiola, his agent, wants €10m net per year to renew because he believes that Gigio deserves to be one of the highest paid goalkeepers in the world.

Milan have instead offered a contract until 2026 worth €7.5m net per season and at the moment this figure does not satisfy Raiola, who aims to get a better offer. Not only that, but the paper adds that there is no agreement on the duration of the contract as Raiola wants a one or two-year extension so that there can be further negotiations down the line.

What you probably aren’t expecting right now is for us to highlight some of the rationale and reasoning behind Raiola’s decision to play hard ball, but some context and understanding is very important given the increasing impatience we are seeing.

First of all, it seems strange to blame such a well-known and successful agent like Raiola in full for trying to make Donnarumma one of the best paid goalkeepers in the world, because that’s what he is, he is one of the best in his position in the world.

To be added to that you have additional factors such as his potential to become even better, and the fact this next contract – if it were a five-year deal for example – could set him and his family up for life.

In addition, you have to consider that Raiola thrives off the commission he gets from taking his clients to other clubs, as seen with Paul Pogba’s seemingly never-ending shuttle between Manchester and Turin. If Gigio has told him ‘I want to stay at Milan for the entirety of my career’, which is not beyond the realms of possibility, then his agent can kiss goodbye to getting a nice commission from a mega transfer fee.

So, if Raiola can’t get that, how does he get his slice of the pie? The answer, sadly for Milanisti, is through a bumper contract.

It would be safe to assume that Raiola is internally panicking a bit, and this is something he is not used to. Before, he always hit out at the Rossoneri’s project for not being serious or ambition, which a few years ago was justified, but now the club are on the rise again.

Why is that a problem? Raiola is ultimately money-driven. All room for sentimentality has been lost after years in this profession. As such, now what he really fears that one of his most valuable clients will not net him a single penny in commission via transfer fees.

Raiola has been out-manoeuvred since the start of the season as Milan’s machine has kept rolling. Not only are the Diavolo attracting and developing top young talent, but Gigio’s team-mates are rejecting advances from other clubs to join and/or to stay at the San Siro and be part of this exciting journey.

📰 This morning's @Gazzetta_it claiming that Raiola wants Donnarumma to become one of the highest paid GKs in the world with a €10m net salary. He also wants a release clause, and for the deal to only be for two years.

Donnarumma continues to be touted as the best goalkeeper in Italy right now, if not the world, but he only seems to want Milan. He is backed into a corner, and the only way he knows how to take back control is to go on the offensive. Hence, we come back around to the extortionate demands listed in this morning’s papers.

There are two things we must consider here. The first is that none of us truly know what is said in these meetings, and it could well be that the renewals of both Donnarumma and Calhanoglu are actually a lot closer than the media are letting on, given the papers are known for drumming up hysteria.

Secondly, this could all be a part of a bigger chessboard, because Raiola has other vested interests at Milan. In order for Gigio to renew, he might seek assurances that Alessio Romagnoli and Zlatan Ibrahimovic will also be offered new contracts, for example.

If you think that sounds silly, remember that back in 2017 Milan signed Gianluigi’s older brother Antonio Donnarumma on a four-year, €1m net per season just to appease Raiola.

His other client, Zlatan, is a man of his own that will do his own thing, so Mino is left clutching at straws and trying to turn the negotiating table around.

Really, this is all just a big game of cat and mouse and the most concrete indications we have thus far are that the club believe the pair will stay. After all, it would be very bold for several top directors to come out and say there was confidence if it doesn’t in fact exist.

Smoke and mirrors is not the way of the new management, but it seems we must wait for the black smoke to turn white and clear, leaving behind a contract with some ink on it. Everything until then is just white noise.