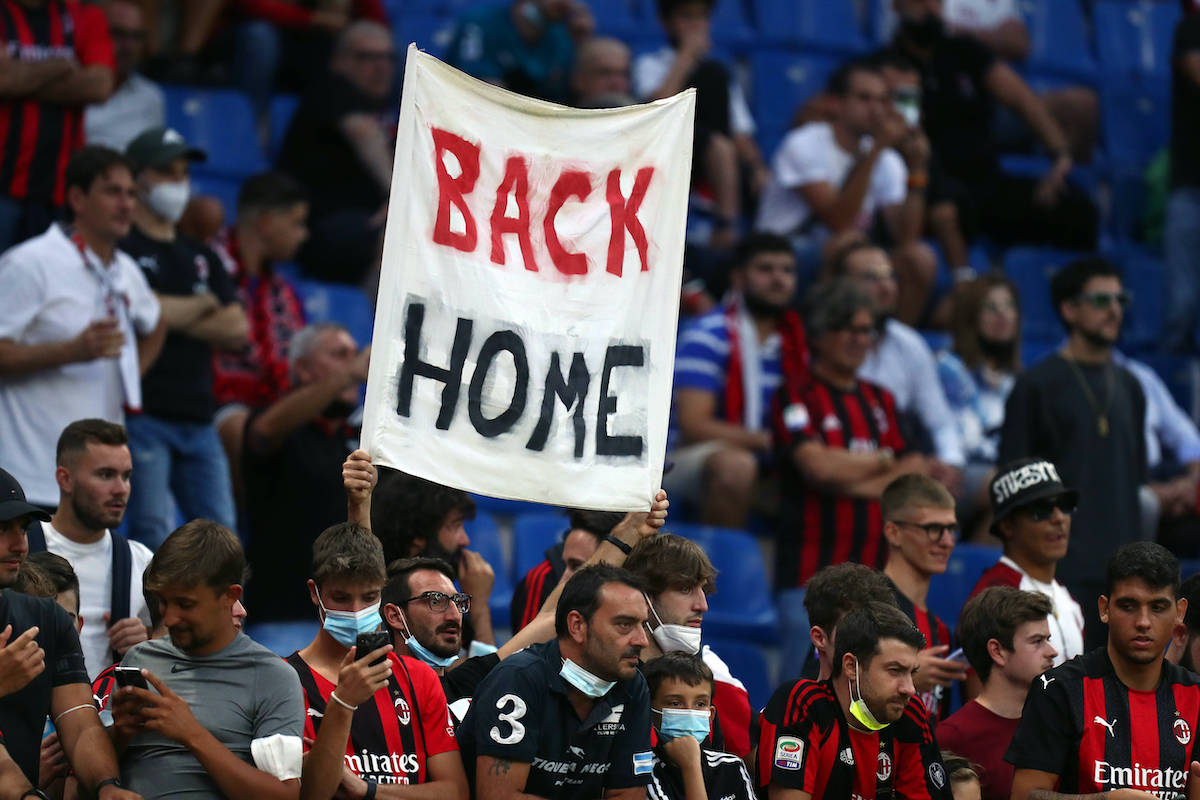 The transfer window has just closed and an international break is upon us, so one would be forgiven for thinking that news surrounding most football clubs would be pretty quiet. For AC Milan, that is never the case.

The latest story to make the headlines? The ticket prices for the group stages of the Champions League for the upcoming season, an issue that is rather surprisingly dividing large sections of the fan base and has ultimately caused a re-evaluation from CEO Ivan Gazidis.

We present the following data without judgement: for a ticket in the Curva Sud for a Champions League home game it will cost €119, for the first tier they are €139 to €200, for the third tier they range from €69 to €89, and the highest price is €490.

As a comparison, a ticket for Milan vs. Lazio after the international break ranges from €19 in the third tier to €94 for the best possible seats. Inter’s game against Real Madrid will cost €48 in the Curva Nord – less than half compared to Milan’s prices – and this caused the Curva Sud and the Milan Club Association to invite the club to reconsider.

There are seemingly two camps in this argument. The first are not happy with what they deem to be predatory pricing from the club, while the other group point at those fans in a sort of ‘well what did you expect?’ type fashion.

Where does the truth actually stand though? Some context is certainly important in this, because on social media there are swathes of supporters who are from outside of Italy and might not understand what it means to triple the prices for a home ticket.

Firstly, any comparisons with other sports and even other leagues are largely null and void. There are some pointing to the prices that Premier League teams charge, but the fact that it is a ‘top five’ league is where the similarity ends when compared to the rest of Europe.

English fans are not happy to be paying the prices they do and this has led to various quite substantial movements to try and tackle the rising costs of attending games, such as the ‘Twentys Plenty’ away ticket campaign. Of course some will shell out thousands for a season ticket or hundreds for a one off game, but they don’t do so happily, and they can only do so because it is a country with a lot of wealth and a sport with a lot of demand.

We don’t need to lecture on how supply and demand works, but it is imperative to note supply and demand does not work in the same way in Italy and Germany as it does to England, or as it does to American sports leagues for example. Fan movements are much more powerful and backlash can cause clubs to change their mind, as has happened in this instance.

The only accurate relative comparison in this particular situation is what Milan fans are used to paying versus what they are expected to pay to see the games they really want to see. As a club, Milan have a duty of care to put supporters at the heart of the decisions they make.

This is not just because they haven’t been able to attend for 18 months and many will have struggled financially during the Covid period, but also because they have endured several years of mediocre performances and seven years outside the top competition. Tripling the price of a ticket, after everything, is a sign of letting them down.

The argument ‘fans don’t want to pay more for tickets but want the management to spend more on players’ has also surfaced recently, yet that is also over-simplistic and lacks any real substance.

The importance of revenue for a club like Milan cannot be understated especially after the best part of two years without ticket sales, but box office revenue actually makes up quite a small percentage of the club’s overall takings, to the extent that adding or subtracting a few dozen euros off the average ticket price makes little difference.

The evidence of this is in black and white right in front of our eyes. Milan posted a loss of €195m for the 2019-20 season, but this summer they went out and spent over €70m net. In essence, a lack of ticket sales did not stop the ownership from investing, and more expensive ticket sales would not have meant going from Junior Messias to Bernardo Silva – that isn’t how it works.

An obvious time will emerge where ticket prices are more fundamental to how much Milan make, though that won’t be until they can build a new stadium and avoid paying €7.5m in rent per season to the council simply to keep San Siro as their home ground.

We are of the persuasion that the club got this one wrong. Charge a bit more for Champions League games absolutely, try and make up for lost earnings where possible, but they went too far the other way and expected the average fan to accept it.

It was never going to go down too well and the reaction of the groups that represents fans – the Curva Sud and the AIMC – is what those who do not regularly go to the stadium should look towards as to how they too should feel. Those who rarely travel to San Siro for whatever reason are in no position to tell those who do how they should feel about paying three times more for tickets.

The response of Milan is commendable and it shows the club are operating with a management who actually listen and have their finger on the pulse, so far that we salute them. It shows that fans do still have a voice and in this day and age, we should take pride in that.

READ MORE: Ambrosini heaps praise on young midfield duo and explain why Milan can fight at the top