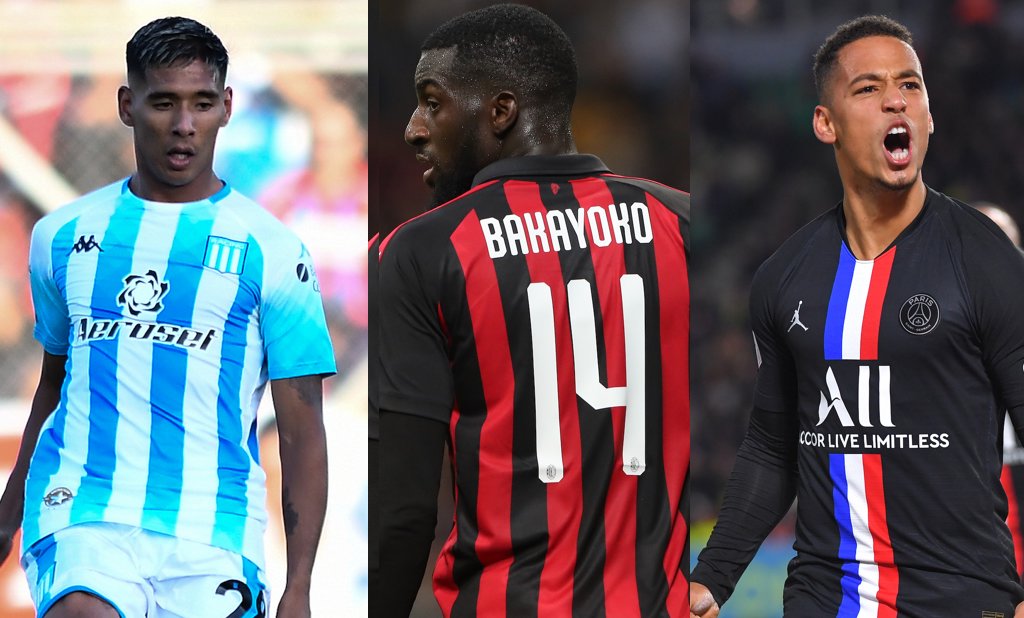 Football has taken somewhat of a back seat as the Coronavirus emergency continues to escalate around the world, and its effects will be felt for months to come.

Italy have been one of the countries hardest hit, something which led to the suspension of Serie A until further notice. The pandemic will have a huge impact on the revenues of all clubs, not just ones in Italy, as a lack of action means a fall in income from TV deals and match day earnings among other streams.

On Friday, Tuttosport came up with an interesting hypothesis on how the aforementioned may affect the transfer window. They believe that the market will move more towards player exchange deals and a reduction in fees paid, which makes sense given the huge decline in income that most leagues and clubs will suffer.

The paper speculates that a number of NBA-style trades could be explored, i.e. mostly player for player with a sweetener sometimes thrown in. Here, we look at five possible swap deals that Milan should think about making…

This is an exchange deal that Tuttosport themselves actually suggested, and one that in our eyes makes perfect sense. Paqueta’s game time has steadily declined as the season has gone on with Stefano Pioli clearly not viewing the Brazilian as a key part of his plans.

However, PSG sporting director Leonardo has been credited with interest in taking Paqueta to the French capital, and if Milan can get back a solid holding midfield option like Paredes in an even swap makes total sense.

The Argentine has started just eight Ligue 1 games this season suggesting he too is not a key part of the Parisians’ plans, but could still definitely form an effective pairing with Ismael Bennacer or even play further up.

Milan continue to be linked with a move for Racing Club playmaker Matias Zaracho by the media, a player reportedly valued at around €20million.

Mateo Musacchio meanwhile has not had the easiest of times recently due to a combination of injuries and inconsistent form, and with his contract set to expire in 2021 Milan should move to try and get some value out of the centre-back.

He will probably command a similar fee to Zaracho and a move back to his home country in order to regain form and familiarity may appeal, if he will take a slight pay cut of course. Signing Zaracho would also help Milan replace Paqueta, should he depart.

Another potential midfield swap, but that is the area that seemingly needs the most work and could undergo the biggest revolution this summer. Amadou Haidara has also recently been linked with Milan, while Calhanoglu is a player who RB Leipzig have been credited with interest in.

Whether Ralf Rangnick arrives or not this deal makes sense. Hakan’s deal expires in 2021 and most believe he has reached the end of his cycle at Milan after three years, while Haidara could be tempted by the Rossoneri – especially if Rangnick were to move to Italy – to begin a new adventure in Serie A.

Both players are valued around the €15-20m mark, and the versatility of the Mali international would add quality depth to an area where it has been sorely lacking this season, especially with Lucas Biglia and Rade Krunic’s injury struggles.

Admittedly this is going to be a tough sell for some right off the bat, but hear us out. Milan face a horrible situation regarding Gianluigi Donnarumma’s renewal to the extent that it seems impossible and a departure this summer is the only way to get some value out of him.

On the other hand, the Diavolo are crying out for a consistent partner for captain Alessio Romagnoli, and Thilo Kehrer fits the bill. Young, powerful and right-footed, he cost PSG over €35m when they signed him from Schalke two years ago but is struggling for game time this season.

Nonetheless he is a German international and a player who could help form the bedrock of the Milan defence for many years to come. It would be painful to see Gigio leave, but better to get a solid return than getting nothing or a paltry fee.

Finally, the one we all want to see. While Franck Kessie’s positive contributions this season have been often overlooked, he really hasn’t developed into the reliable anchorman most hoped for and could also be moved on after three years.

Tiemoue Bakayoko meanwhile is apparently ‘dreaming’ of a return to Milan and would seemingly provide a more solid option to play alongside Bennacer in the midfield double pivot.

A Kessie-Bennacer deal was reportedly explored in January but didn’t work out, and the summer could finally be the chance to see the Frenchman back at San Siro.