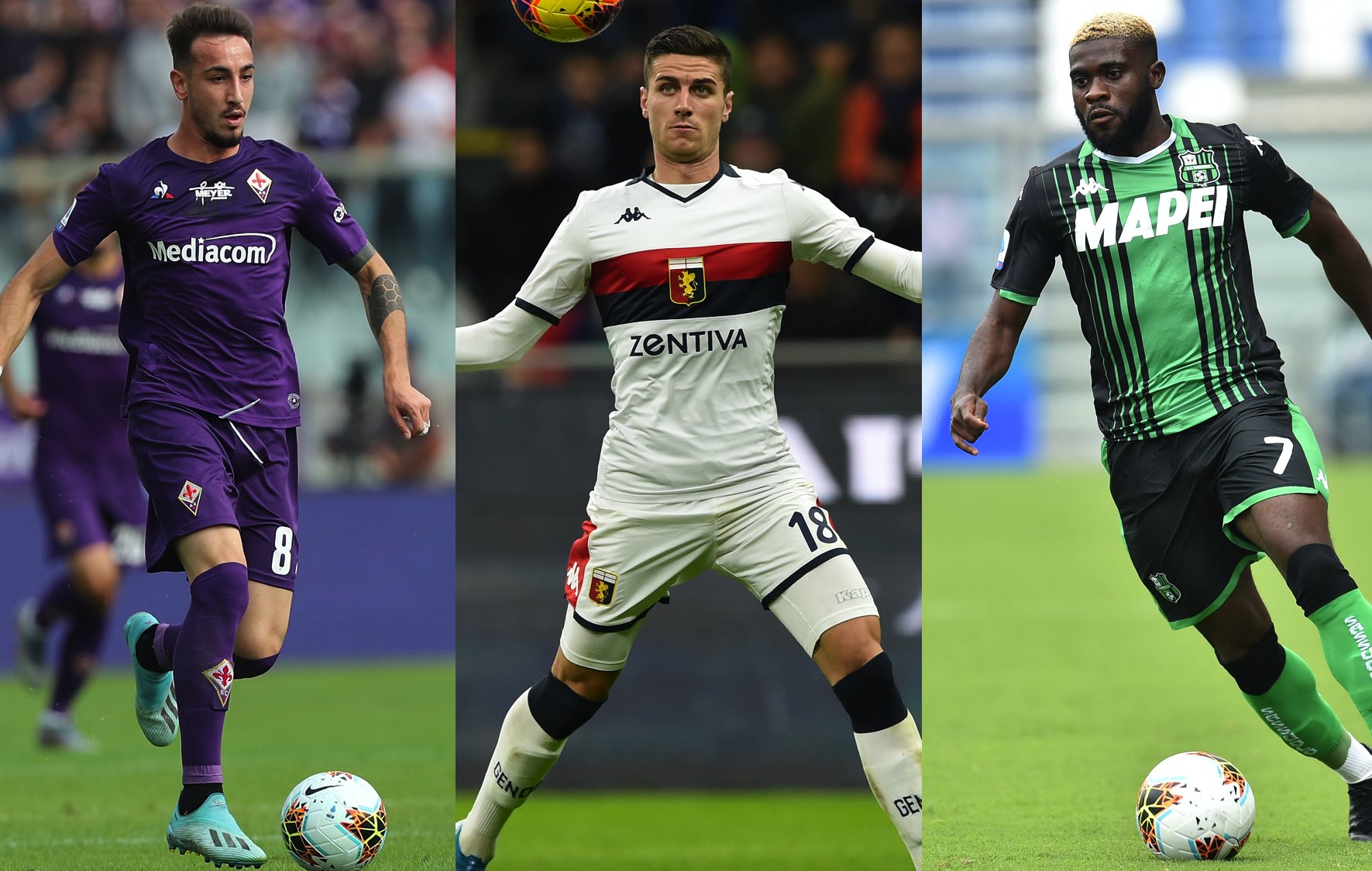 Devil’s Advocate: Five other young Serie A stars Milan should look at in addition to Tonali

AC Milan have been strongly linked with a move for Sandro Tonali over the last few weeks, no doubts one of the hottest properties in Italian football at present.

The teenager has captured the attention of some of Europe’s biggest clubs after a wonderful debut season so far in Serie A with Brescia, and he seems to fall perfectly in line with the Rossoneri’s policy of signing talented young players to lead the club into a new area.

However as mentioned competition is tough, so here we have taken a look at five other talented young players in Italy that Milan may be able to target to spearhead their youth revolution…

It has also been a breakthrough year for Fiorentina’s Castrovilli. The 22-year-old dazzled during Fiorentina’s 3-1 win at San Siro against the Rossoneri earlier in the season, scoring and seemingly playing the whole game with a smile on his face.

After the game, Castrovilli admitted his love for Milan, and the Rossoneri have actually been linked with a move to try and sign him since.

The 23-year-old has two goals and three assists in the league this season, though his contributions go beyond the stats and he could slot into the playmaker role in behind Zlatan Ibrahimovic (or a new striker) perfectly.

Kumbulla is another player that Milan have been linked with a move for by the Italian media, with suggestions that city rivals Inter are also in the running for the Hellas Verona centre-back.

The 20-year-old is an imposing player and is right-footed, which means that he could become the perfect long-term partner for club captain Alessio Romagnoli.

The Albania international is under contract until 2022 and may be available for a good price, and given the uncertainty surrounding the likes of Mateo Musacchio, Simon Kjaer and Leo Duarte depth may be needed in the rearguard, though of course it would be competition for Matteo Gabbia.

It is no secret that Milan have a big problem in the right-back position with both Andrea Conti and Davide Calabria failing to convince due to injuries, suspensions and general poor form.

Ghiglione could fix that: the 23-year-old has one goal and five assists in 22 appearances across all competitions this season and has stood out in a Genoa side that have once again struggled for consistency.

It has been mentioned that Ghiglione could be included in a swap deal for Diego Laxalt, something which would surely be a no brainer given the club seemingly have no use for the latter.

Milan could definitely do with some depth on the wings this upcoming window, especially with Alexis Saelemaekers and Giacomo Bonaventura set to depart, and Boga fits the identikit of the project perfectly.

The 23-year-old has been in sensational form this season for the Neroverdi, netting seven goals and adding two assists in 23 league appearances and drawing admirers from some big clubs.

He is a player who again the Rossoneri have been linked with a move for, though Barcelona and Chelsea have also been credited with interest, but signing him for the left side would allow Rebic to move centrally and, therefore, closer to goal.

It is only right to save the most controversial until last. Locatelli joined Milan as an 11-year-old boy and spent nine years at the club prior to leaving in summer 2018.

The 22-year-old left San Siro to join Sassuolo on a paid loan deal with the Neroverdi having the obligation to purchase the player outright at the end of the season, an option they exercised, and he has made 49 appearances amassing three goals and six assists at his new home.

Rumours of a return have never been far away though, especially given the comments the player has made suggesting openness to a reunion. With Biglia set to leave and doubts over the likes of Kessie, Krunic and Paqueta, why not go for a proven Serie A player to bolster the midfield?

Who would you sign? Tell us in the comments below!