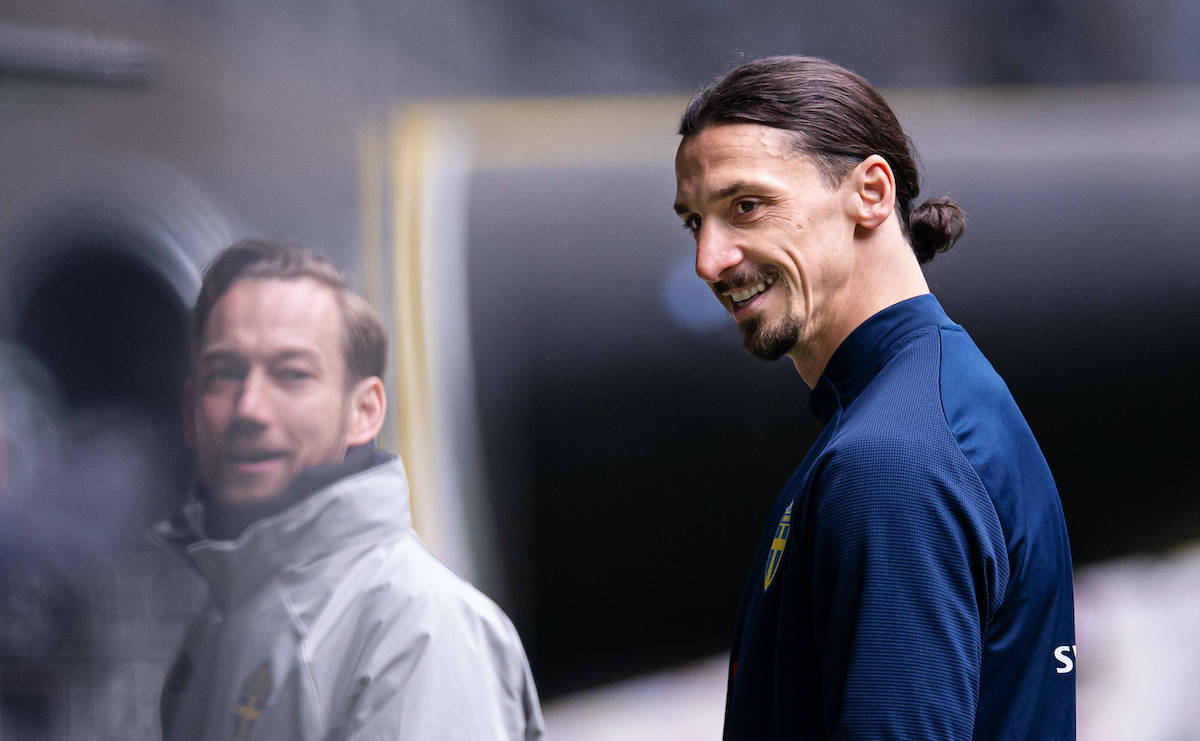 Devil’s Advocate: Ibrahimovic’s Sweden return divides opinion – a look at both sides of the coin

It would be fair to say that Zlatan Ibrahimovic is never out of the headlines, but in these last few weeks his name has been even more prevalent than usual.

Ibrahimovic made his return to the Swedish national team over the international break after an over four-year absence and instantly made his mark, registering two assists in the two appearances he amassed as they beat Georgia and Kosovo. You can watch Zlatan and the Swedish national team live thanks to some great streaming websites that are showcasing all of the games.

Meanwhile, earlier in the week MilanNews reported how the 39-year-old is moving towards a one-year renewal with Milan and ‘the announcement is really close’. The report adds how in a few days he will sign the contract, keeping the current salary with the inclusion of bonuses for objectives such as goals and appearances.

Zlatan’s decision to return to international football at his ripe age appears to have very much polarised opinion. There are those who are fully understanding of his decision to play another major tournament, and the emotion that he showed during his first press conference with the team showed that it still means a lot to him to represent his country.

Not only that, but this is far from a simple publicity stunt from the former PSG and Manchester United man, as he really feels he can give something to a group that has a lot of young stars such as Dejan Kulusevski and Alexander Isak that would greatly benefit from his experience.

However, the flip side of the coin is that – from a purely physiological point of view – it seems a big gamble to take on more commitment in a season which has already seen Ibra miss 13 league games due to injury, while scoring 15 in the other 15.

In his latest for Calciomercato, Alberto Cerruti used the example of the current technical director Paolo Maldini who decided to leave the Italian national team after the disappointing 2002 World Cup campaign in Japan and South Korea. Although at the time he was only 34, five years younger than Ibra today, he rejected a call-up for the 2004 European Championships and did so again in 2006 when he could have got a winners medal.

Cerruti’s argument is that Maldini wanted to save all his final energy for Milan, who he loved and continues to love more than himself, as proven by the fact he played for another seven years until he was about to turn 41.

So where does that leave us with Zlatan? Well, ultimately, us mere mortals can only speculate about his physical condition even if it is natural to presume there will be some decline as the repeated muscle problems have shown.

Just to repeat, this is not a publicity stunt from Ibrahimovic; it is clear that this feels like an ability to close a chapter without regrets for him and is indicative of a burning desire to perhaps be the first player to truly show dominance on all stages – for club and country – into his 40s.

Zlatan has always been a pioneer, he has always done whatever he thinks is the best for him and what feels right, regardless of advice from the media. If he wants to play for Sweden beyond the summer and potentially in the 2022 World Cup (should they qualify) then he will, and there is nothing anyone can do to stop that; only injuries could.

Some are beginning to question his commitment to Milan, and it is an argument that certainly has more ammunition considering the Sanremo saga from earlier last month when he travelled to do several nights at a music festival. However, it was all pre-agreed with the club, the right mechanisms were put in place for there to be as little disruption as possible and the appearance fees went to charity, so that is a counter-argument.

There is no logical conclusion to how his Sweden comeback should be viewed at present, but rather we must wait with baited breath as the grains fall through the hourglass to ensure that no lasting damage to Milan comes from increasing commitments.

The bottom line however is that Zlatan does and will continue to do everything on merit: he returned to Milan because he knew he is still good enough to help the cause, he has returned to represent his country for the same reason and will most likely get a new contract to reflect how decisive and important he is.

Those people who hope that he fails with Sweden are perhaps lacking some understanding of the romance of football. This is a man who grew up in the rough edges of Malmo dreaming of sharing a pitch with Ronaldo and representing the country he calls home. It is a dream that was achieved but soured, and now he has a chance to put things right before closing the book. For that, we cannot begrudge him.