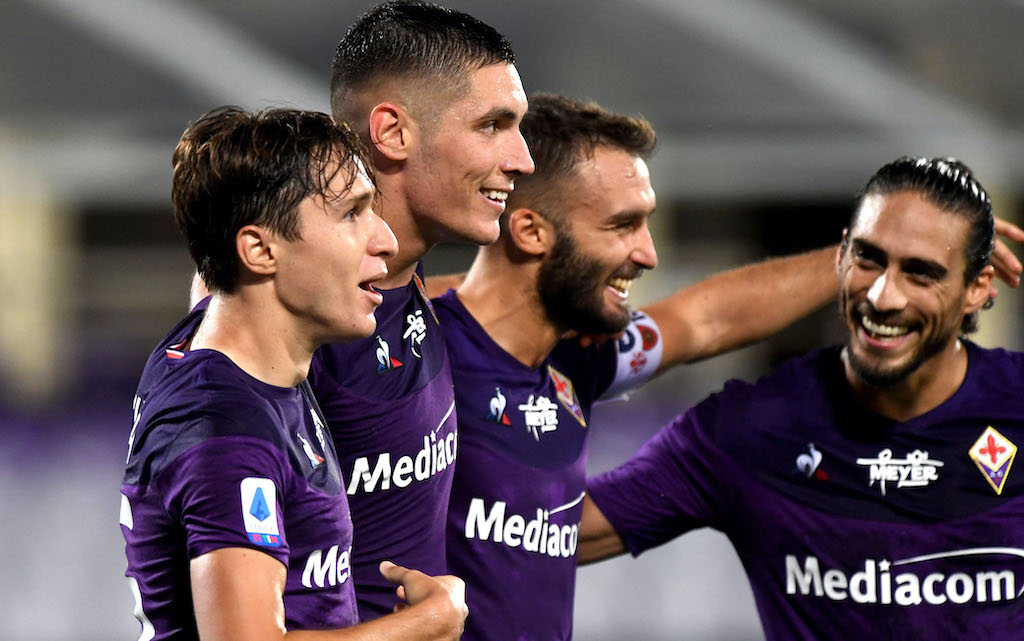 Devil’s Advocate: Ignoring Pioli’s requests for Chiesa and Milenkovic would be a dangerous game

AC Milan face dilemma this summer with regards to the transfer market. The positions where reinforcements are needed is well documented, but the debate has begun as to whether Paolo Maldini and Ricky Massara should spend big to fill them or increase the overall depth with smarter, cheaper signings.

Whatever the strategy, it is a means to what will hopefully be the same end point: a finish in the top four. It is no secret that a right-back must arrive, and a centre-back to rotate with Romagnoli and Kjaer, plus at least one back-up midfielder to Kessie and Bennacer.

However, the question then becomes this: will those purchases alone be enough to close the 12-point gap to fourth spot that Milan ended the 2019-20 season on? Probably not. At some point, another jump in quality is needed to get Milan’s squad up onto the level of Inter, Lazio and Atalanta, who boast quality all over and most importantly balance.

The person who is best-placed to make these assessments at the moment is without a doubt Stefano Pioli. That is why if the rumours are true and the head coach has asked for two of his former pupils in Nikola Milenkovic and Federico Chiesa from Fiorentina, Paolo Maldini and co. should listen.

The easier purchase to justify would be Milenkovic, as the 22-year-old is a player who has shown a consistently high level of performances since making his breakthrough under Pioli two years ago.

Not only that, but he can play centre-back or right-back and can be deployed in a three-man defence or a four-man back line. His candidacy seems perfect too for Milan’s style and all his characteristics point towards him being a good fit as Romagnoli’s long-term partner, once Kjaer stops giving the same assurances.

Milenkovic is a physical unit but one who is deceptively quick; he stands out in for his strength and for his aerial play. In addition, his positional awareness and anticipation are also notable qualities, and he is good at distributing the ball, even providing a goal threat at times.

Chiesa on the other hand would probably be more of a divisive purchase. The word ‘overrated’ keeps being thrown about, but it must be noted that in what most would consider to be a sub-par season for the 22-year-old he scored 10 Serie A goals and added six assists, meaning he would be the joint second-highest scorer for the Rossoneri this season.

He did that in a side which disappointed a lot too. The fact is that Castillejo and Saelemaekers combined for three goals and three assists this season, so Chiesa would be an almost certain upgrade in productivity on the right side.

Of course, the work rate that the current two options have is important, and Milan would need to sign a better defensive right-back to readjust the balance of the side, but the ability to spread the attacking threat across the front four players is very tempting indeed.

For example, a front four of Rebic, Calhanoglu, Chiesa and Ibrahimovic would have combined for 40 goals and 23 assists this season, and that’s with essentially half a season of productivity for the first three.

Price tag will be important in both deals. There is talk amongst the media that Fiorentina could demand around €35m for Milenkovic and €50m or more for Chiesa, so it will be necessary to bring the asking price down, possibly with useful counterparts like Lucas Paqueta.

The bottom line remains though that Milan face a dilemma: they must either choose to carefully spend the budget on three or four pieces to elevate the overall level of the starting XI, or to simply try and get six or seven players in that reinforce the depth of the squad.

Whichever is the right path to take is unclear at this point, but one thing is clear: Pioli has earned the right to be trusted and should have a say in the market. If he wants Maldini to try and get Milenkovic and Chiesa, that should be the strategy until it is established that it cannot happen.

Of course there will be alternative targets and there are still other positions that need addressing, but history tends to show – especially for Milan – that fine tuning is often better than a blitz.