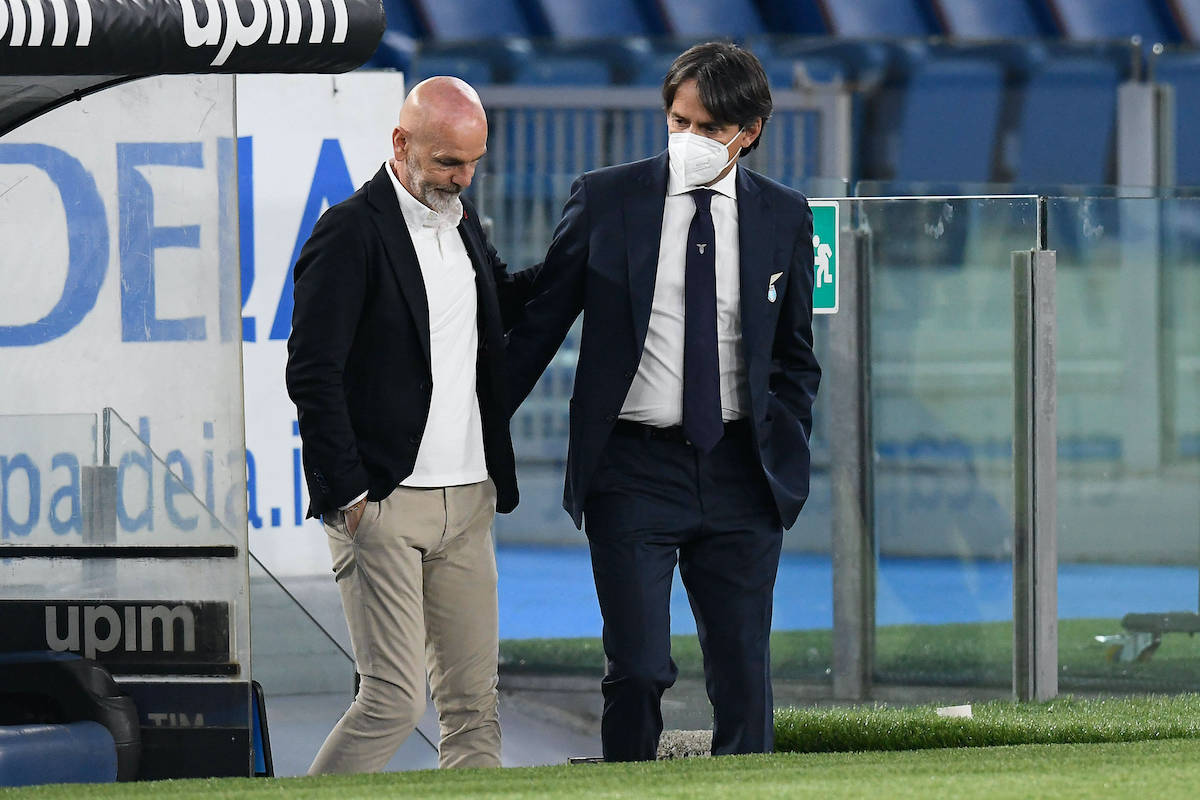 Devil’s Advocate: The bright light of Pioli is dimming fast as history threatens to rhyme once again

The precipice of crisis, the edge of emergency – whatever you want to call it, it seems as though everyone is now in agreement that Milan have serious problems.

The trust and confidence in this team and in head coach Stefano Pioli is being eroded with each negative result, and the mitigating circumstances that have affected the teams performances is now a very short list. What we are left with is excuses, and excuses at this stage of the season are incredibly dangerous.

Pioli went on record earlier in the season as saying: “The winner celebrates, the loser explains.” And yet here we are – as the dust settles after Milan’s worst defeat of the season – left to listen to the same old rhetoric from the manager.

After last night’s 3-0 loss against Lazio, Pioli came out and blamed the officials (on multiple occasions), pointed out how Immobile and Correa were left in two-on-two situations too many times, how the home side created too many chances before ending with the same old ‘our fate is in our hands’ tagline.

It was a tiring interview to listen to, especially given that the tactical points he picked up on were things that he should have made sure didn’t happen, and stemmed from shortcomings in his approach against a side that he knew would hurt us at the other end if given the chance.

Ismael Bennacer then came out and gave a worrying interview during which he admitted that Milan were not as determined as Lazio, but “didn’t have a bad game”. It was dreadful, in truth. Although not outplayed for 90 minutes, Milan were definitely outthought and outwitted against a top four rival yet again.

What hurts and angers is the comment about determination though – it is literally the bare minimum to put in effort and to openly admit after the game that the energy levels of you and your team-mates didn’t match Lazio’s is borderline unforgivable.

There is no use trying to magically conjure up silver linings any more, such as the fact Milan ‘created chances but didn’t take them’. In fact, doing so is akin to being an ostrich, just burying away and ignoring all the problems that exist. The limitations of this team have been critically exposed in 2021 and there are several factors that have contributed to it.

A study by StatsBomb in early February pointed out – to the anger of a lot of fans – that statistically Milan were the team in the top four of Serie A most likely to suffer a decline, suggesting the team had been lucky in the first half of the season to do as well as they had.

The general consensus among the fanbase now is that Pioli had this team punching well above its weight by being top for over 20 rounds this season, and that is absolutely true, but to drop from first to fifth in the space of just over two months does not tend to provoke an accepting response from supporters.

So what exactly has gone wrong? We’ll start with something that has not been talked about enough. Earlier this month, a study emerged showing (in simple terms) that during the first half of the season Milan ran a lot more in terms of intensity and distance than virtually all their opponents, while in 2021 that athletic advantage had/has been lost.

Perhaps a big part of the reason that the Diavolo were so effective during the first half of the season was because they made up for a lack of technical quality by simply being fitter and more fired up than the teams they played against.

Why the drop-off? Of course fatigue and injuries have had a big part to play, but the feeling is that neither really stack up as justifiable reasons given that Pioli has had almost a full squad for the last few weeks, while other teams in and around the top four who have also been in Europe continue to press high, counter fast and appear sharper.

The decline in form of certain players must also be taken into consideration, as the likes of Hakan Calhanoglu, Ismael Bennacer, Theo Hernandez and Rafael Leao have all very much struggled for form in 2021 – and those are core members of the team.

This is where one can make a strong case that the fatigue is as much mental as physical. These are not bad players, we have all seen what they are capable of, but they do seem to have lost their decision-making ability, their rhythm and their intensity. Maybe that is what happens after a long season with over 50 games, but again we refer to the fact that other teams are picking up the pace while Milan continue to slide.

We must eventually come full circle to the head coach. Pioli’s managerial career has been summarised by some quite aptly as a ‘sugar high’, whereby the team he is coaching will get a very quick buzz and results will improve, but then they run out of steam, crash and burn.

Pioli has been the right man for Milan’s transitional period, of that there is no question. He has helped develop players from obscurity into established stars in this league, he’s led Milan on his usual incredible initial run like he did with Lazio, Inter and Fiorentina and he has always behaved with the utmost professionalism and integrity despite there being chaos around him at times such as in the Rangnick saga.

However, his limitations are becoming apparent and there are increasing worries that he cannot recover this. Looking at his previous stints, he got Lazio to third but failed to make the Champions League group stages and was sacked the following season with the team in ninth following a 4-1 derby hammering by Roma.

He won 12 of his first 16 games at Inter – taking them from ninth place up into the top four – but lost five of his last six games in charge, failing to even see out the season. He should be given credit too for working a miracle at Fiorentina after Davide Astori died – a tragedy with unimaginable psychological consquences – but ultimately La Viola nearly got relegated and he was sacked.

Mark Twain famously said: “History Doesn’t Repeat Itself, but It Often Rhymes,” and we must question whether it is rhyming again here. Pioli has done a commendable job so far, but football is very much skewed by recency bias and the old adage of ‘What have you done for me lately?’

The bottom line is that Milan have lost ‘six-pointer’ games against Juventus, Atalanta, Inter, Napoli and Lazio thus far in 2021, with return fixtures still to come against the first two. The team also seems to still have the same struggles against three types of opponent: those who play a three-man defence, those who employ a double press on the No.10 and those who play a low block.

Pioli has been a manager for 18 years now, since Salernitana gave him his first job back in 2003. Since then he has coached 14 clubs including some big teams in Serie A as mentioned, but he does not appear to have learned how to manage an emergency or how to cope with certain opponents.

Everything that a manager has done so far – no matter how good it is – falls into the background when things turn sour. That is compounded by the fact that everything that has been a problem for Milan so far in 2021 was magnified against Lazio.

We sound like a broken record at this stage, but once again a well-drilled opponent playing a 3-5-2 was the Rossoneri’s absolute kryptonite. It was a naive performance in which the game was not managed well, there were individual errors, concentration lapses, opportunities wasted and questionable substitutions.

Does this seem like a team heading in the right direction? You cannot honestly answer yes. There were positives, such as the first half during which – like against Sassuolo – Milan moved, created and applied pressure without a scoring touch. But the second half performances (within games and the second half of the season in general) are abysmal.

Despite all of the above, this is not a piece to highlight that Pioli must be sacked immediately, that the management must be overhauled or that several key players should be sold – it’s more an illumination of the worrying signs that were there before and what has ultimately culminated into a collapse.

We are heading towards the point where the last five games are a vacuum where Pioli needs to show he’s still got the situation in hand, the squad need to step up, the club needs to pull together and Milan get over the line. Otherwise, changes might be afoot.

Fans have asked for responses from this squad, they have looked forward sometimes with blind optimism to the big games, and often they have been let down. There is still time to salvage this, but the grains of sand are dropping pretty fast.

READ MORE: The Rossoneri have collapsed – key players go missing and the gap to fifth is gone