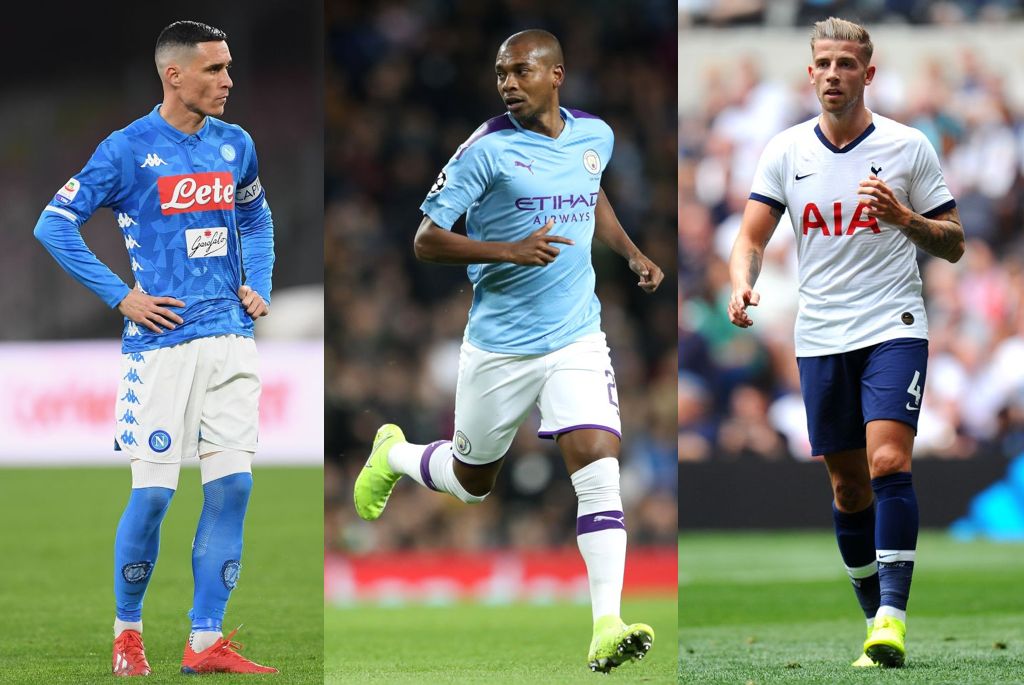 The term ‘free agent’ is one that probably sparks flashbacks to a simpler time for most Milan fans, a time when ‘il Condor’ at the helm and nothing was shocking.

Adriano Galliani made some pretty high profile free signings during his 30 years with the Rossoneri, including the likes of Rivaldo, Jon Dahl Tomasson, Leonardo, Cafu, Christian Vieri, Mark van Bommel, the return of Kaka and Jeremy Menez.

Given Milan’s current financial health and the need to try and do effective business under a tight budget, and with the current season being in already perilous shape, club chiefs should have one eye on bringing in players who are out of contract next summer.

Here, we have identified three who could offer just what is needed…

The current defensive situation that Milan find themselves in – particularly on the right-side – is one that needs addressing.

It cannot be cannot be assumed that Mattia Caldara will fix all of the problems that exist as he will be entering a side that has conceded at least two goals in six of their last eight league matches, all after a six-month injury lay-off due to a torn ligament.

This is where someone with the quality, skill set and experience of Toby Alderweireld could really come in handy as a player who has played at the top level for a number of years.

The Belgian stands at 6ft2 and is very strong in the air, plus he also possesses the awareness and positional sense that makes him on paper a great partner for captain Alessio Romagnoli.

There may be concerns over his speed, but the fact he is comfortable on the ball and has the leadership skills that the team is sorely lacking means this makes perfect sense.

Of course, there is the possibility that the 30-year-old signs a new deal with Spurs given how involved he has been this season, but a new adventure in Italy may just tempt Alderweireld.

The former Atletico Madrid man currently earns in the region of €4.5m-a-year, which would make him nowhere near the club’s top earner Gianluigi Donnarumma, who earned €6m-a-year.

On the face of things, signing a 34-year-old Fernandinho may not seem the wisest move or one in line with the strategies of Elliott Management.

However, there are a number of reason why Paolo Maldini and Zvonomir Boban should consider taking a shot on the Brazilian, who looks set to move on from Manchester City next summer after Rodri’s arrival from Atletico Madrid.

Firstly, he is still a world class player. Anyone who watches Pep Guardiola’s side will know how important Fernandinho is both on and off the ball; being combative and breaking up play with his positional awareness, contributing to one of the best presses in world football and also doing his bit as a deep-lying playmaker.

Quite simply put, he is the perfect mentor for a young and impressionable player like Ismael Bennacer and could be the ideal man to replace Lucas Biglia whose legs appear to have gone – while the same can’t be said for Fernandinho.

One small obstacle is his current £150,000-a-week wages, however given his age and likely a desire to stay in Europe, he would probably accept a wage cut to join and link up with compatriots Lucas Paqueta and Leo Duarte.

Perhaps the most controversial one on this list given he plays for a Serie A rival, but recent media reports have suggested that the Spaniard has burned his bridges with Napoli in light of recent events.

The team reportedly mutinied against a training retreat and as such president Aurelio De Laurentiis is determined to ‘get rid of trouble makers’ – of which Naples-based outlet il Mattino believe Callejon is one.

The 32-year-old has an exceptional record for the Partenopei since the start of the 2016-17 season, netting 28 goals and 37 assists in 120 games in that period.

This is also under the assumption that Callejon’s compatriot Suso leaves by next summer at the latest, given the reported stand-off over a new deal and his poor form so far this season.

Callejon provides speed, trickery, goal threat and perhaps most important of all consistency, something which Suso has been lacking in recent months.

The Napoli man also has experience playing at an elite level in the Champions League, under top coaches like Maurizio Sarri and Carlo Ancelotti and with world class players in Dries Mertens, Lorenzo Insigne, Kalidou Koulibaly and Fabian Ruiz.

In addition to this, Callejon makes €3m-a-year salary at present (as per La Gazzetta dello Sport), something which falls well within Elliott’s parameters, and he fits the 4-3-3 system the team has tended to use.

📝 Players who are set to become free agents next summer, as per @TMuk_news…

🤔 Which ones would you take at #ACMilan? Tell us below… 🔴⚫👇 pic.twitter.com/hX9u9JPXVj

🤔Who do you think Milan should sign? Tell us your thoughts below 🔴⚫👇