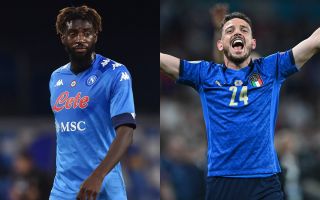 AC Milan are closing in on two new signings ahead of the season opener against Sampdoria on Monday. In addition to Alessandro Florenzi, the Rossoneri are ready to welcome Tiemoue Bakayoko back to the club.

According to the latest updates from Gianluca Di Marzio, who spoke on Sky Italia just a few minutes ago (via MilanNews), Florenzi is on the verge of joining the club. In fact, there is only  €500K distance to close the deal.

The formula will be a paid loan with an option to buy and the parties hope to secure it in the coming hours (at latest tomorrow). In addition to the right-back, Bakayoko is getting closer to the team he once played for.

The arrival of Bakayoko doesn’t exclude the signing of Yacine Adli from Bordeaux, Di Marzio added (via MilanNews). Then Milan are also expected to sign an attacking player, either a playmaker or a right-winger.

READ MORE: Milan’s inexperienced squad to lean on Ibrahimovic in the Champions League