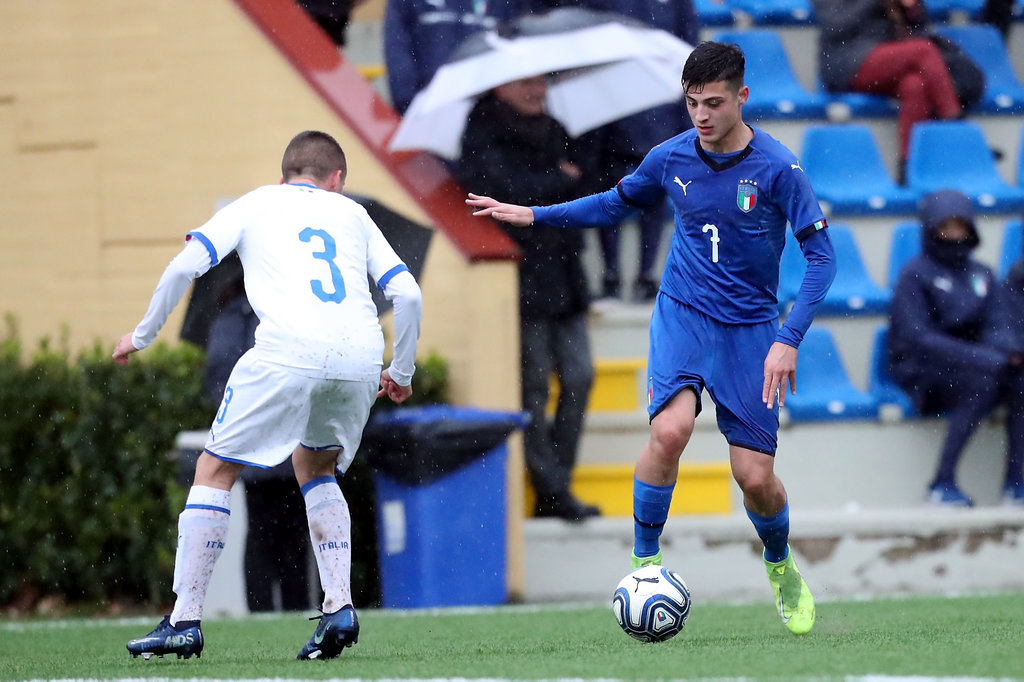 AC Milan’s strategy for the summer is very clear: young but experienced players will be brought in to start the revolution. With Ralf Rangnick in pole position to lead the project, the Rossoneri will focus on youth.

According to Gianluca Di Marzio, talking about the 2005 Italian class, there is one player that has ended up on the notebook of every talent scout: Kevin Leone. In Italy, Milan and Juve are monitoring the player, in addition to Wolfsburg in Germany.

Just one year ago, Sampdoria managed to sign the 15-year-old for free from Catania. Then came the UEFA Algarve Tournament, in which the attacking midfielder led Italy by scoring two goals in three games.

As a result of this, he attracted the interest of the big clubs. Milan and Juventus came knocking and thus Sampdoria immediately starting working on securing the player. Speaking to Di Marzio, Leone’s agent revealed the demand set by the club.

“The conditions set by Sampdoria to negotiate a deal for the player start at €5m. Of course, this figure doesn’t just refer to Kevin’s value, but rather must be within a market operation that may involve other players from the first team,” he stated.