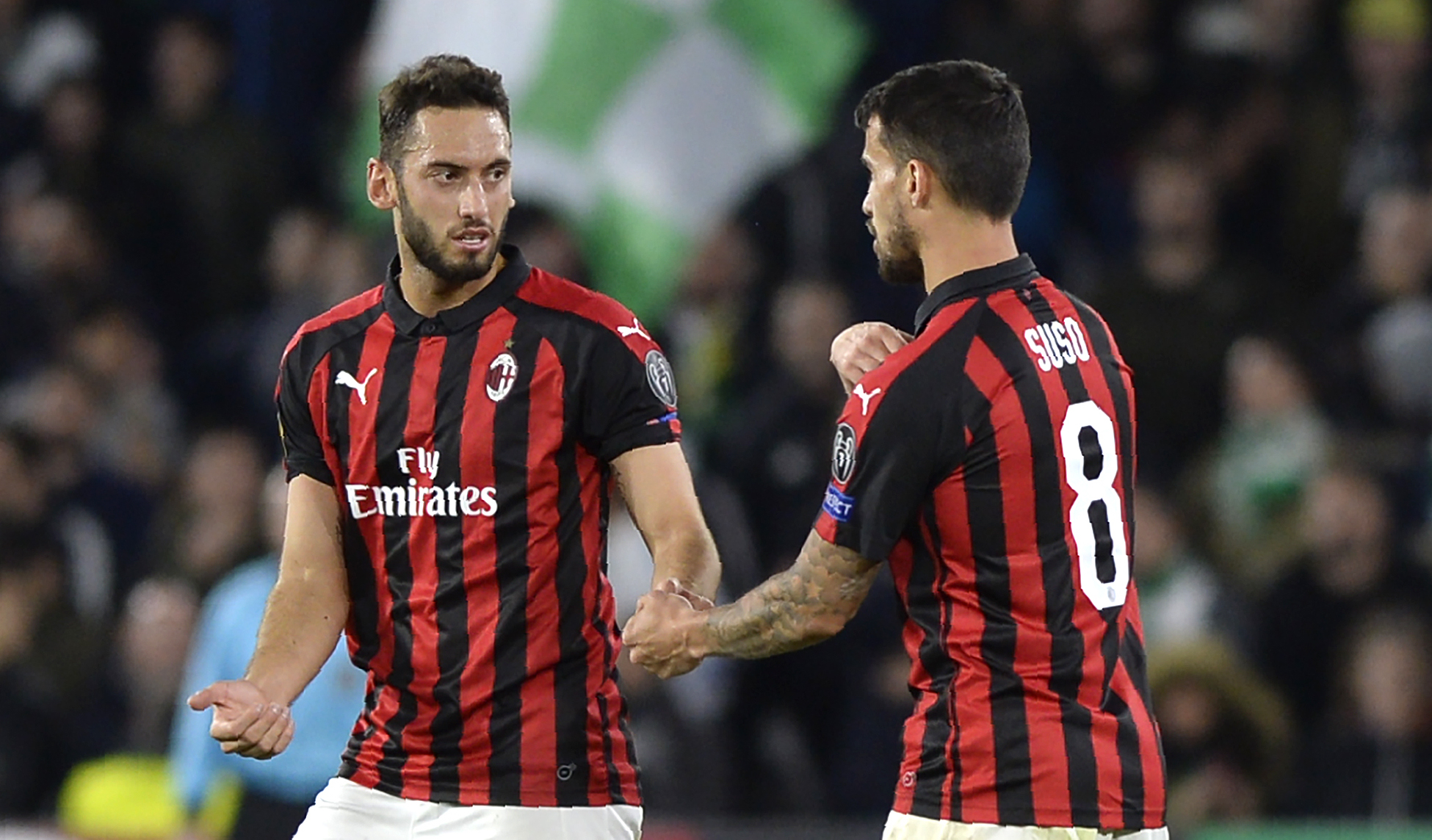 Calhanoglu racked up four goals and 13 assists in 46 appearances in all competitions during 2018-19 for the Rossoneri, but doubts over his future at the club have remained.

Reports have suggested the Turkey international could move back to the Bundesliga, where he arrived from back in 2017, while there has also been rumours of Premier League interest.

However, respected journalist Gianluca Di Marzio has seemingly poured cold water on those rumours by stating that Giampaolo – who is expected to be named as the new Milan boss this week – has the former Leverkusen man in his plans.

During Monday night’s Calcio Mercato L’Originale program on Sky, Di Mario said: “Calhanoglu is a player that fits with Giampaolo.”

He then offered an update on Suso, implying his future at San Siro is much more uncertain amid links with Atletico Madrid.

“Suso is a proper winger and we know Giampaolo has always used the 4-3-1-2. Either he reinvents him as a second striker or he will be on the market.”