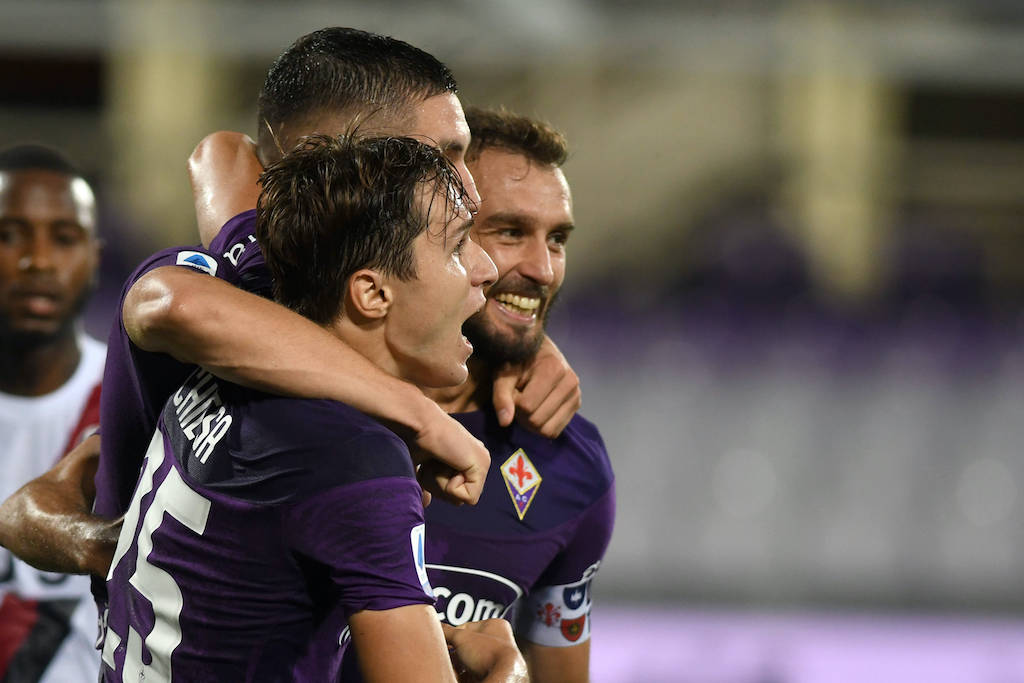 Di Marzio: Huge boost for Milan as €115m Fiorentina trio do not want to renew contracts

Three of Fiorentina’s star players are not willing to renew their contract with the club which plays right into the hands of Milan, a report claims.

The Rossoneri are believed to be targeting reinforcements in both the attacking and defensive departments before the window shuts early next month and they have been repeatedly linked with centre-backs Nikola Milenkovic and German Pezzella plus winger Federico Chiesa.

According to what Gianluca Di Marzio told Sky Italia (via MilanLive) on Monday night, Milan may just have to wait, because none of the three players want to renew their contracts with La Viola.

At the moment it seems the player easiest to sign would be Pezzella, who is 29 and has seemingly already been told that he can find alternative accommodation.

For Chiesa and Milenkovic the situation is different, as Fiorentina would like to tie them down to a new deal at all costs, but the players have no intention of signing.

The trio all have contracts expiring in 2022 and the Rossoneri could leverage this to lower their claims. In the meantime, the sporting director Pradè has denied any negotiations with Milan.

It has been suggested that Fiorentina want €60m for Chiesa and €40m for Milenkovic, plus €15m for Pezzella.