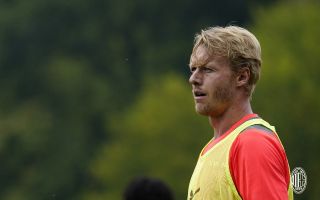 Some updates have arrived regarding the injury situation Milan are facing ahead of Sunday’s trip to face Atalanta.

Gianluca Di Marzio reports that the news on Brahim Diaz is reassuring as the Spanish attacking midfielder came off during the defeat to Atletico Madrid with pain in his knee, but today he did the anti-fatigue training that the squad do after each game.

There is good news also regarding Simon Kjaer as the Dane is ready to return against Atalanta in Bergamo. He trained yesterday given the fact he was not called up for the game against Atletico, and he trained with the squad today.

Zlatan Ibrahimovic is still doing personalised work in the gym. The striker has missed the last five games and will also miss the next one, as his return from an Achilles problem is now expected to be after the international break.