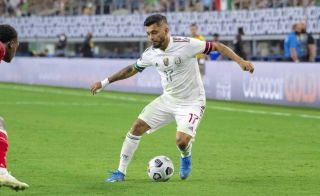 AC Milan have an agreement with Jesus Corona over personal terms but must now try and strike a deal with Porto, it is claimed.

According to the latest from Gianluca Di Marzio (via MilanNews), there was a first meeting between the player’s agents and the Rossoneri management yesterday during which an agreement with the 28-year-old forward on salary was found.

However, a deal has not yet been reached with Porto as the Lusitanian club are asking for €17m to sell the Mexico international while Milan are offering €10m. For the possible conclusion of the deal, therefore, a meeting point will have to be found and it could come around the €10m mark, as per the report.

Given how hectic the final few days of the transfer market are set to be, we can most likely expect further developments before the end of the day, with Corona seemingly a concrete target.