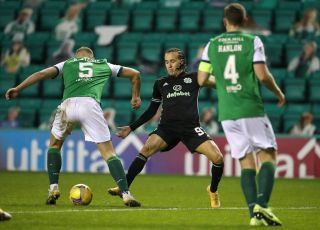 Celtic and AC Milan could soon begin discussions over a permanent deal for full-back Diego Laxalt, according to a report.

In yesterday afternoon’s clash against Hibernian, Laxalt scored an equaliser in injury time for Celtic with a thumping effort from inside the box.

According to what is being reported by Di Marzio, Laxalt’s loan to Celtic could become a permanent one. The former Genoa man is playing regularly and the positive signs are continuing to arrive, so the two clubs could soon begin talks regarding his future.

It is worth remembering that in December Celtic visit Milan for the Europa League clash, and the sides could begin to discuss a permanent move then.

Celtic for their part seem convinced by Laxalt, while interestingly Di Marzio adds that Milan in the past few months have shown interest in defender Kristoffer Ajer who remains in their sights, suggesting he could also become part of the talks.