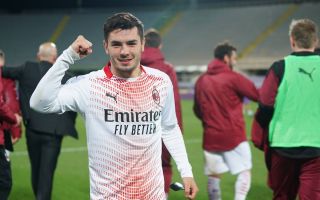 An interesting background regarding Brahim Diaz and his eventual move to AC Milan has emerged from Gianluca Di Marzio.

The Spaniard got on the scoresheet during last night’s win over Fiorentina, scoring a vital goal to level the game at 2-2 before Hakan Calhanoglu went on and scored the winner 18 minutes from time.

Brahim joined the Rossoneri last summer on a dry loan with no option or obligation to buy, and as Gianluca Di Marzio reports (via MilanLive), the Rossoneri had tried to convince Brahim to move to Milan during the 2019 summer window but without success.

A year later, as we all know, Maldini and Massara managed to close the deal, beating the competition of Arsenal who – with Arteta in charge – believed they could snatch him given that the pair worked together at Manchester City.

An agreement has already been reached with both Real and the player to sit down and talk about his future before the season ends. Given the excellent relations between the two clubs, the feeling is that a lot will depend on the will of the player.